Two is better than one. Keeping this thing in mind ZTE is now working on its new smartphone, ZTE New Concept Phone ‘Iceberg’ that will come with two notches.

We saw display notch first in iPhone X now it is popping up everywhere. That might be the reason that ZTE now plans to introduce a new smartphone with not a one notch but with two notches. You will see front-facing speaker at bottom notch of the phone, while the top notch will have a selfie camera, a sensor for ambient light, and an earpiece for phone calls.

However, ZTE thinks that only two notches about the new concept phone Iceberg are not enough, there should be something different than others. That’s why ZTE doesn’t stop the experiment there. The Iceberg also will have edges of glass on each corner that give the phone a more angular look than the typical smartphone. It makes the phone look like it is encased in ice. 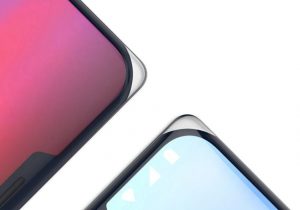 Additionally, the ZTE Iceberg will have dual rear cameras and a fingerprint sensor on the back. It will also have port for a smart connector, which will turn the phone into a boombox or zoom camera, like we found in a Moto Z phone through Moto Mods.

However, we don’t know the exact date of the launch of ZTE Iceberg, but it is to be expected that the phone may come next year. Let’s see that ZTE will bring these new features in its new phone or it will become just a concept.

Read Next: Conaway’s Bill Bans the US Government from Using Huawei & ZTE Phones