It has been noticed that almost everyone is sharing a photo designed by UN-women on their social media platforms. In the photo, we can see a woman pulling a cart loaded with dowry items. The picture is delivering a loud and clear message. Say NO to DOWRY. Trough this picture, the organization wants to communicate to the mass that dowry is a curse and curses are not welcomed.

A Photo by UN-Women Against Dowry is Breaking the Internet

UN-Women wants to educate the people how the practice of giving gifts to the bride and the groom’s family is awful. How the dowry can overload the bride’s family. Apparently it seems like a harmless exercise but it can bring a disasters. 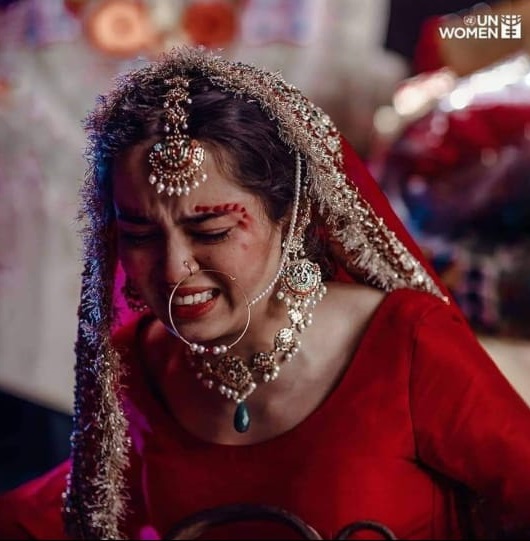 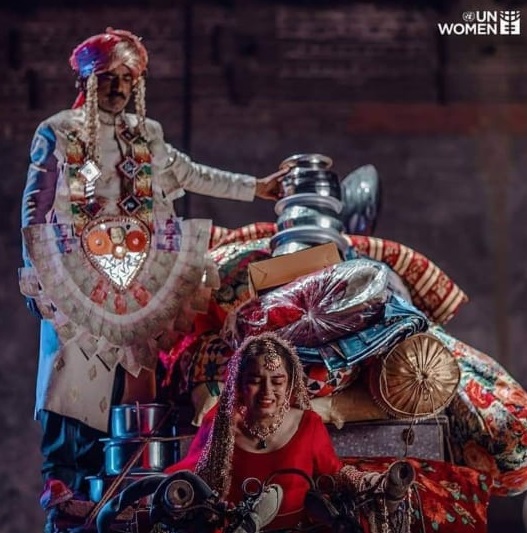 The matter of the fact is that all parents want to give something to their daughter but unfortunately this ‘something’ has set new trends and new meaning. Not all, but some of the groom’s parents start demanding dowry at the time of marriage and sometimes these demands include giving jewelry, heavy cash or even expensive cars.

The upper and upper middle class can fulfill all these demands of groom’s family but those who cannot afford it, have to face a lot of difficulties. Dowry is one of the major factors that sometimes girls stay unmarried as their parents cannot give them dowry.

In some worst scenarios, people go into debts. Sometimes girls take extreme measures such as suicide out of frustration. According to a new report, Pakistan has the highest reported number of dowry death rates per 100,000 women in the world.