In the first half of 2022, Apple is ready to introduce a MacBook Air new design with a colorful edition and will feature Apple’s M2 chip. Apple is reportedly supposed to test multiple prototypes for its upcoming  MacBook Air. The new MacBook will provide enhanced performance better than its current version due to the new chip from the M-series. However, with the launch of new shades, Apple would also provide a fresh look and shape. The new low-end MacBook Pro and the all-new MacPro are expected to be released in 2022.

A source on Twitter has claimed that the Apple M2 SoC would be released alongside the colorful MacBook Air in the first half of 2022. Apple has introduced in April the same color option as it is going to launch in the new model of MacBook Air. The colors Green, Yellow, Orange, Pink, Purple, Blue, and Silver might thus appear on MacBook Air in 2022. 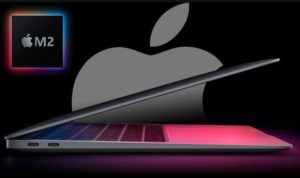 The M2 or M1X chip reportedly will be built in Apple’s next generation, and the source said it will have outstanding performance. As part of the silicone transition last year Apple brought its M1 processor. The company was also informed that the improvements which might debut as the M1X later this year will feature an upgrade to the M1 processor.

In May, Bloomberg revealed earlier in 2021 that Apple will release its improved, redesign MacBook Air, including its M1X Processor. The chip is codenamed Staten and it is reported to have faster computing cores over what Apple offered on the M1 earlier.  However, the number of cores remained the same.

Other information concerning the MacBook Air has yet to be revealed, other than the new processor and wide colour range. Analyst Ming-Chi Kuo recently said that in 2022 Apple should use mini-LED displays on its MacBook Air models. Whether the new display technology is restricted to high-end versions or will be available in the new lineup of MacBook A remains unknown yet.

You may be also interested in: WhatsApp to Start Public Beta Testing of Multi-Device Support Soon