As a part of security arrangements for Muharram, the capital territory administration has imposed a ban on pillion riding in Islamabad for two months. The duration of the ban surprised many in the capital as usually such a restriction is imposed for a few days, particularly on 8, 9 and 10 Muharram. As this is an order from Government, everyone is following it except for Careem Pakistan. 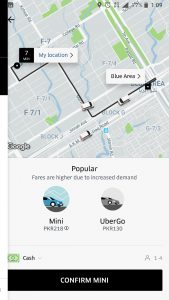 Team Phoneworld realised it after witnessing Careem bike with a passenger in Islamabad. Even when you Open the Careem app and opt for Careme bike, the company allows you to Choose the bike from the list of vehicles. 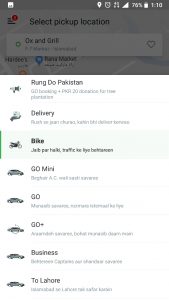 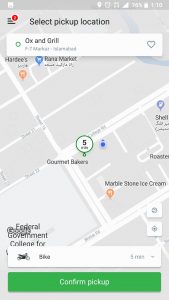 Even the Careem bike captain revealed that they are not instructed to stop this service during Muharram.

While telling about the termination of Uber bike service, a spokesperson revealed that:

“We are working in compliance with the government, and our bike service will remain unavailable till the 10th of Muharram Ul Harram”

We are happy to know that Uber has acted upon the government directive but Careem violating it remains a question. Careem is a big name in ride-hailing services, and shouldn’t opt for such activities that lead to the cancellation of their licences in Pakistan. Being a well-established name, Careem Pakistan should respect the government orders.

Also Read: Careem & Uber are in Preliminary Talks to Merge in the Middle East