Now days there is much hype of Facebook, and other such App which are spying on their users. People were already freaked out due to these apps. Now we have come to know about another creepy App,  that Spy on WhatsApp Contacts. This is quite shocking to know that Chatwatch App Spy on Your WhatsApp Contacts so easily.

How Chatwatch App Spy on Your WhatsApp Contacts

Now there is a new app on Android that allows users to spy on your WhatsApp contacts and friends. The name of App is Chatwatch, which took advantage of WhatsApp’s public Online/offline status feature which lets people see when their friends are available to talk.

Chatwatch App Spy on Your WhatsApp Contacts but the more creepy thing is that Chatwatch can also combine WhatsApp data from two of your contacts to make an educated guess if they have been talking to each other. 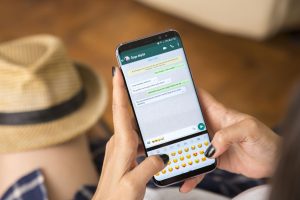 By using this data, Chatwatch can also tell that how often your friends check WhatsApp. It can also reveal what time they go to sleep and wake up each day.

Experts say that the app would apparently bring more attention to how Facebook handles our data, along with how other companies access and analyze it.

It is shocking that how people can easily build an app, and now WhatsApp will find a way to block Chatwatch soon. However thanks God this App is not free, and its very expensive. For $1.99, user can get to spy on two of the contacts for a week.

At first, Chatwatch was launched on iOS but later on it was removed from Apple App store for unnecessary reasons. WhatsApp should take some precautionary measures to fight this Chatwatch App.