HMD has launched two Nokia smartphones with 5G connectivity. The Nokia X10 and X20 have come with full support for three years of OS and security updates. Moreover, they also have a three-year warranty. As part of HMD’s green initiative, the phones come with an included case that is 100% compostable. The two phones are nearly identical, differing mainly in the camera department. So, let’s first discuss the common features first.

Nokia X20 has a 64MP main camera on the rear. It also has a 5MP ultrawide-angle camera. The phone has come with a Dual-Sight feature which will let you take photos and record videos using two cameras simultaneously. The final two modules on the back are a 2MP macro camera and a 2MP depth sensor. At the front, the phone has a 32MP sensor to take beautiful selfies. 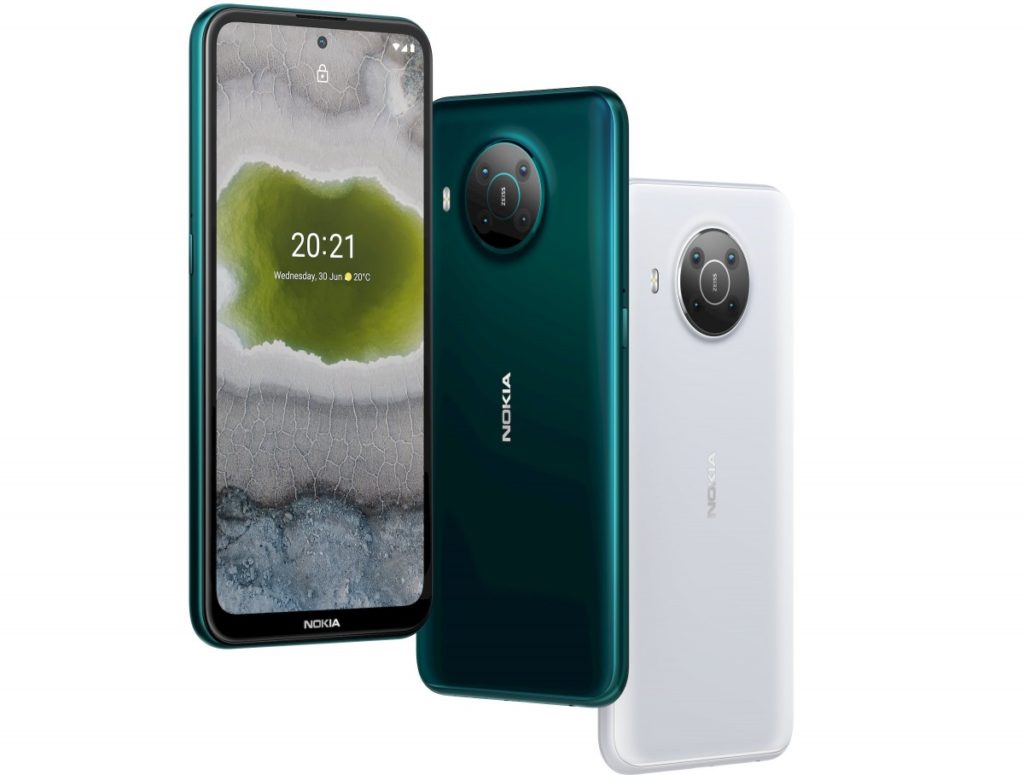 Both phones use the same 4,470 mAh battery, which comes with HMD’s standard promise of two-day battery life with 18W charging support.  Additionally, the two handsets come with Android 11 out of the box. On their sides, there are a fingerprint reader and a Google Assistant Button.

The company revealed that the Nokia X20 will be available in May and the Nokia X10 will come in June.