In a world full of technology, where almost most of the things are too easy to implement that was way too difficult in the past, man is still trying to make machines better and better. The same is the case with mobile phone companies. They want to get customer satisfaction by providing the best products. A phone that is convenient to handle and user-friendly. Also, the Fast Charging feature is one of the modules upon which mobile phone companies are focusing a lot. Companies like Xiaomi, Oppo, Vivo, and Huawei are making models that have Fast Charging Features in them since it is exactly the thing that the public demands.

Excitingly Xiaomi, Oppo, Vivo, and Huawei are about to Develop a Fast Charging Standard for Better Use 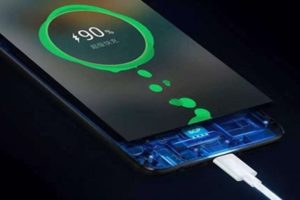 Chinese companies like Xiaomi and Huawei are well known for their fast charging mobile phone abilities. Both of them can charge the phone at 100W but the only thing they lack is their unifying standards. Both of them have to make their sole standard to get out of their outdated technology. However, this problem has been considered since brands like Xiaomi, Huawei, Oppo, and Vivo are united to introduce a unifying fast-charging standard. All of the standards are said to be described in documentation by the title “Universal fast-charging specification for mobile devices”.

By making such standards it is easy to get smart and reliable chargers that are cost-effective at the same time. It can reduce a lot of problems that people have to face on daily basis. But the information on introducing unifying fast charging standards has not been declared fully correct yet on an international level.

You may be also interested in: Google Rolls Out New Features Including Earthquake Alert System and More