The image above was shared by Reddit user the_Ex_Lurker who also shared the process of getting into the new MacBook Pro.

According to him, opening the new MacBook Pro was the same as the 2016-2012 MacBook Pro models since in the new model the company is still using the same pentalobe screws and clips that need to be opened to get inside. The batteries are not glued down but placed in the same iPhone-style adhesive pull tabs to make the replacement smooth and simpler. 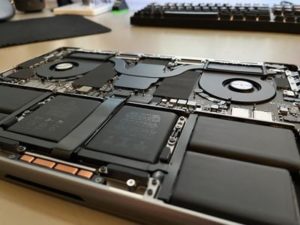 The keyboard Deck is the part of the main body so its replacement wont be that easy as compared to the existing keyboards. But at the same time, the I/O ports are modular and are quite easy to be replaced. Both 14″ and 13″ models have fans that are quite larger as compared to the previous 13″ MacBook but smaller to the 15″ 2016 model. These are also easier to be replaced so there won’t be any issue associated with it. 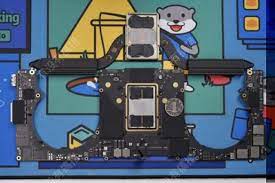 Another leaker named  L0vetodream shared some of the images of the 26-inch MacBook Pro Model on Twitter. He revealed that the M1 Max chip is really large. He shared a top-down view that showed the dual fans and heat pipe.

Since the owner of this Twitter account has limited who can view the tweets, so am sharing what he wrote in quotes:

MacBook Pro 16-inch with M1 Max first disassembled. The area of ​​the new M1 Max chip is really large (see the comparison of the size of a 1 yuan coin) RAM is divided into four particles stacked on the chip to dissipate heat is a dual fan + single heat pipe overall modularity The design of the internal design is regular and maintenance is relatively convenient. This one we have is the 1T top-equipped version (the highest configuration in the non-customized version).

Overall, from inside both 14″ and 16″ Mac book looks the same with the dual fan setups, a set of six batteries, along redesigned speaker systems.