Google has released the new update for its most popular web browser called Chrome. The latest update comes with some amazing features. The users, who have updated the web browser to enjoy the new features, are unfortunately facing the major issue now. The browsers of thousands of users are becoming unresponsive and they stare at a blank screen. Usually, Google Chrome update brings amazing feature but this time you really need to avoid it.

The latest update is basically breaking the app for the users across the globe. It has been reported that the glitch in Google Chrome is caused by WebContents Occlusion. Whenever a user moves any random window on top of the web browser, the Occlusion suspends Chrome tabs on their device. So many employees have updated the Chrome but due the update, they were not able to use Chrome and in a result of that Businesses were strongly affected. Moreover, They have also lost their previous work by refreshing the page.

“The feature had been tested in Chrome Canary and Chrome Beta releases, and Google had only recently decided to test it with a broader audience to see how it performed.”

Google has confirmed that it is working to release the patch in order to resolve the issue. We hope that soon we will get the patch.

Recommended Reading: Google Chrome Android Version Makes it easier for you to Open and Close tabs 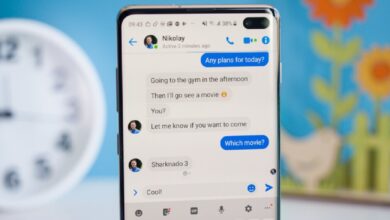