Facebook has every best feature that a social media giant should have; however, there is one feature that is missing in both the android and iOS versions of Facebook. That one feature is the most awaited one: Dark Mode which Facebook has delayed for so long. Facebook Messenger and Instagram were already updated with dark themes; however, Facebook users are still waiting for this feature. We have come across screenshots for Dark Mode for Facebook on iOS device.

Though many people are thinking that Facebook will not be launching the Dark Mode feature, we have got proofs that it is working on this feature currently for iOS users. 9to5mac has shared some screenshots that confirms the availability of dark theme on iOS devices. 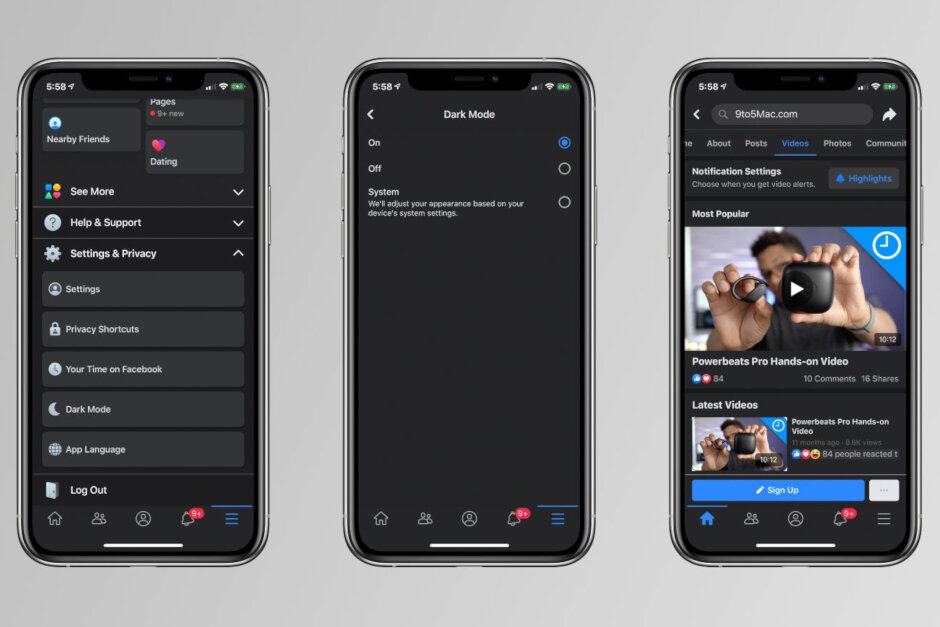 In those images, we can also see how the dark mode on Facebook will look like. In the images, we can easily see that Facebook has used grey color instead of dark black. Though this theme is not released officially, however, it can be enabled from the settings menu from the app. When this feature is finalized, it will be rolled out to everyone by the company.

Facebook has not announced the timeline for this feature. Still, as it is available on iOS for a limited number of people, it means soon we are going to receive it officially.