The original Honor Magic was a very intriguing concept phone. It was ahead of its time with quadruple display curves from all sides, and a harbinger of the AI buzzword. Recently, Huawei’s Subsidiary Honor teased their upcoming smartphone the Honor Magic 2 at the IFA expo. Honor Magic 2 Teaser revealed the real full view display of the upcoming smartphone. Moreover, it unveiled the magic slide Doohickey too.

The teaser of Honor Magic 2 was shown on the stage. The upcoming smartphone will be indeed an all-screen phone. The Honor Magic was a pretty unique phone of its time. On the contrary, its successor might not be so ahead of its time, for the sake of broader global availability.
The Honor Magic 2 Camera will pop up in a doohickey from behind. In addition to that, the upcoming phone will be powered by Huawei’s 7nm Kirin 980.  It will sport greatly-enhanced artificial intelligence chops with Huawei’s new NPU (neural processing unit) co-processor. Let’s have a look at the teaser. 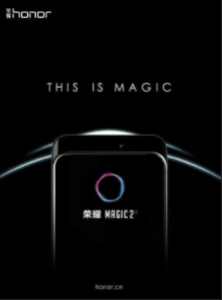 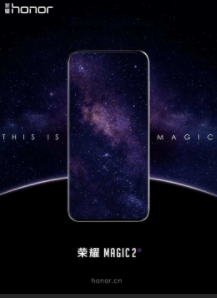 It will be like the Oppo Find X featuring a slide-out camera section that will allow a truly bezel-less phone. Moreover, it is not a first all screen phone ever. So, it is expected that the company will certainly add more interesting features to make their upcoming handset, Honor Magic 2 a unique phone as that of its predecessor. 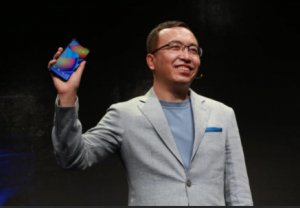 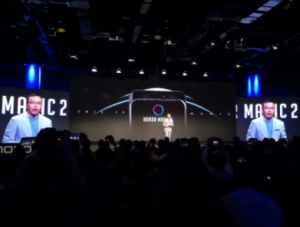 Honor Magic 2 will launch in the next quarter. There are still no words about its global availability. Its predecessor resided in China only but the company shared its plans to make a wider release this time. The equivalent price of Honor Magic was $530 in China. Let’s see what will be the price of this upcoming handset.