A Syndicate of Technology and Elegance, Huawei Ascend Y625 Review

Huawei has built Ascend Y625 to showcase its best expertise in building hardware and software of ultra high and supreme quality. If one is looking for a great looking, light in weight and super battery power smartphone that won’t eat away his pocket then Huawei Ascend Y625 is the one for him. This ultra cool smartphone is packed with all the amazing and unique apps. Its smart and full touch 5.0 inch screen makes it the best in the market, in the given price range. The easy access capacity soft-keys make this smartphone tremendously simple for the user to approach the apps, web pages, pictures and other media. Go through Huawei Ascend Y625 Review for all specifications, price, features, apps and much more.

Huawei Ascend Y625 is a sleek and slim smartphone with an attractive patterned back cover; it is available in Black and White color. The front of the cell phone is a complete touch 5.0 inch FWVGA (854X480) IPS screen supporting two point multi-touches. At the base of the screen there are capacitive soft keys: Back, Home, Menu, Physical Power key, Volume key, and headset key. The device not too heavy and weighs almost 160g which makes it easy to carry around and work with. On the right side of the device there are volume keys and turning on n off key. The simple and yet attractive appearance of Y625 makes it easy to use and classy at the same time. Huawei has set a trend of manufacturing such smartphones that never pose any usage hurdle for their users, they have such features and apps with which one can get acquainted instantly and enjoy using the device’s features without any hindrance. Consult the Images about Huawei Ascend Y625 Review below.

The price has been kept as low as Rs: 14,699/= keeping in mind the competition of large many industrial typhoons in Pakistani market.

This Huawei smartphone has the amazing capability to deliver smooth performance and extra quality features. Whether it is internet surfing, social media networking, watching videos or gaming, this smartphone gives smooth and ultra fast performance. Loaded with Android 4.4 Kitkat OS, EMUI 2.3 Lite and Qualcomm MSM8212, Quad core, 1.2 GHz, Cortex A7 processor the working speed of this smartphone is excellent. With the help of 1GB RAM and 4GB ROM and the External Memory that extends up to 32GB, this smartphone has the ability to keep loads of the user’s data, their official documents, memorable pictures and other valuable files for long term safe keeping and also the gamers would definitely find this smartphone very attractive  at the given affordable price. 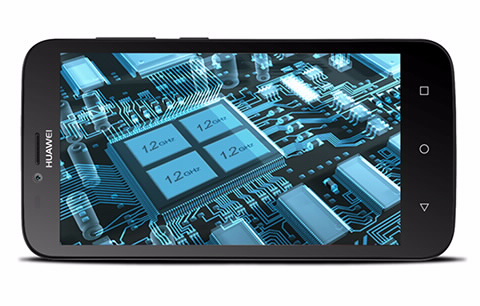 Now, let’s throw some light on that feature which every buyer looks for when buying a smartphone i.e. the camera quality. Technology nowadays has facilitated our lives in all the ways possible and Huawei keeping up its slogan “Make it Possible” has been consecutively giving such devices and gadgets that provide best up-to-date technology at attractively affordable prices.

Huawei Y625 has 8MP Auto Focus Rear camera and 2MP Fix Focus front camera, the rear camera also has a LED Flashlight with it.  Both the cameras are manufactured to capture extraordinarily classy photos with the features like Panorama, Audio note, Audio control, Water mark, Filter, Touch to capture, burst shoot etc this Huawei smartphone is exceptionally good to capture your priceless memories in a very pleasant colored and vibrant pictures.

To add to many other unique and amazing features of Huawei Ascend Y625, there are abundant Google applications (preinstalled according to Google’s policy) in this smartphone. These apps tremendously add to the fact that this Huawei smartphone has lot of amazing apps and features to offer to its users, both built in and those that can download through to Google Play store, all this at a very economical price.

The Themes that are provided in the phone range from to vibrant colored to sober colored ones and tons of many more can be downloaded from Play store. There is in app in this smartphone, which instantly catches the eye, “the Optimization App”, with a single click, you can optimize your phone, free large space on the RAM and boost the speed and efficiency of the cell phone.  For all the office work to be done in a simplified manner, this smartphone provides “WPS Office” app, through which you can make reports and presentation on the go. Huawei Ascend Y625 is best capable to deliver to its users all that you need your smart device to do i.e. back up your valuable data, keep it safe, and provide you smooth internet streaming, keep you connected with the whole world and your friends through the social media and much.

The battery power of this gadget is another commendable aspect. The Battery strength is 2000mAh; it is removable and doesn’t add much to the weight to the smartphone. The standby and talking time provided by this smartphone is remarkable i.e. up to 310hrs and up to 250hrs respectively. This extra ordinary battery timing allows you to make endless calls, text messages and also you can go days without feeling the need to charge your phone but this should be kept in mind that the standby time and talking time depends on the usage and network status.

With the supplied charger this smartphone charges in less than 4 hours and gets ready for your use again. So, it’s needless to say that one would be in an awe keeping in mind the bundles of awesome to quality features of Huawei Ascend Y625 at such an affordable price.

To put it precisely, all the tech savvy users, who want to stay connected with friends and family for long hours, capture amazingly life-like photos, take their office along with them everywhere and most importantly want all these facilities at superbly striking price then Huawei Ascend Y625 is the smartphone they should instantly buy. To add up to all these features, the elegant and patterned design of this smartphone is another eye-catching feature.

So, if you want a smartphone that wouldn’t be burden on your pocket and at the same time deliver loads of top-quality and high-tech features and apps then Huawei Ascend Y625 is the phone for you.