The age of social media shows no signs of slowing down, with an increasing number of individuals jumping on the bandwagon to join a variety of social applications. Out of all the market’s major names, this app named as the most downloaded and best app in 2021.

TikTok has overtaken tech titans such as Google, Twitter, Meta, and Apple to become the world’s best app in 2021. TikTok has surpassed Google in terms of internet traffic, according to a recent report by online performance and security firm Cloudflare, and will be the most-visited platform in the market in 2021. Many people may be surprised to learn that TikTok has topped the charts as the most downloaded app for the entire year, with almost 586 million downloads.

In 2021, Google has been dethroned as the most popular website in the world. According to cybersecurity firm Cloudflare, the internet giant was pushed to second place when TikTok surpassed Facebook as the most downloaded and best app in 2021. 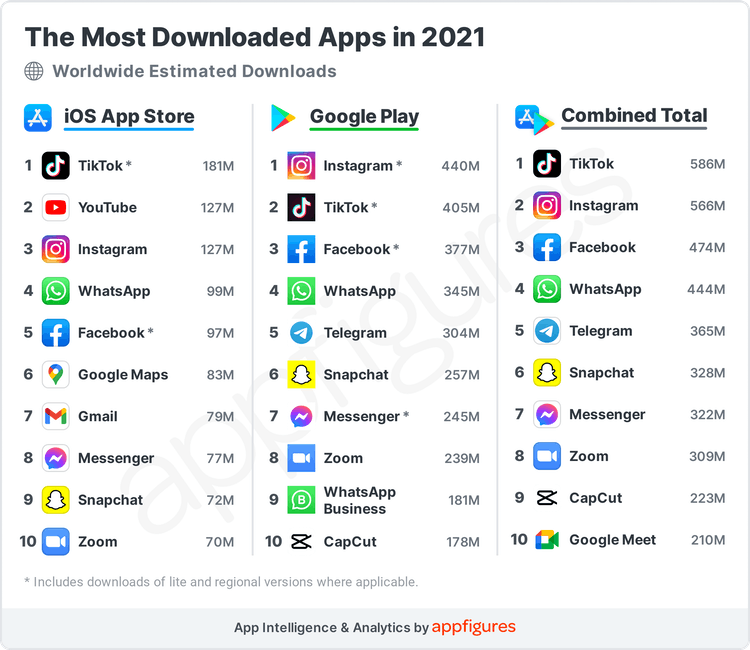