There are many new features in iOS 11, but some of the best ones, in my opinion, are removed from the Camera app. Although the new features are not huge, but they’re much appreciated to anyone who’s ever taken a Live Photo or portrait, or even to those who’ve needed to scan a QR code quickly. iOS 11 Disappoints Users after Removing the Famous Chrome Filter.

But the chrome effect, which was very popular amongst the camera features provided by the iPhone has been removed. This has highly disappointed the iPhone users and they have been demanding to add it back with the bug fixes update.

The customer feedback regarding this new feature can be seen by the comments below: 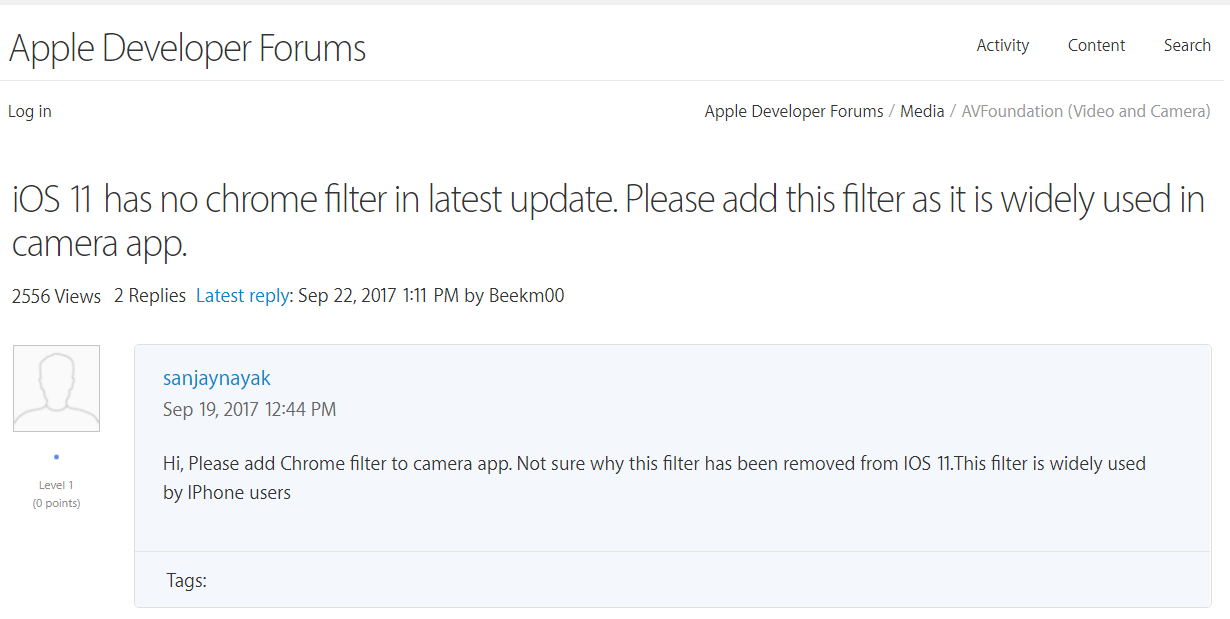 Apple iOS 11 adds complexity but lets see if it is worth it or not. Apple is beginning to finally experiment with adding some real complexity to the interface of iOS. It’s nearly impossible to make a computing platform more powerful without also making it more complex. And so, Apple has made iOS more complex than it was before. In fact, I expect we’ll look back and wonder why we lived with iOS being so simplistic for so long. Till then lets just hope they bring back the chrome effect with the next bug fixing update!