Facebook CEO, Mark Zuckerberg has received severe criticism after putting an image on his Facebook page about the launch of internet.org in collaboration with Telenor Pakistan. Here is the picture Mark first used on his page: 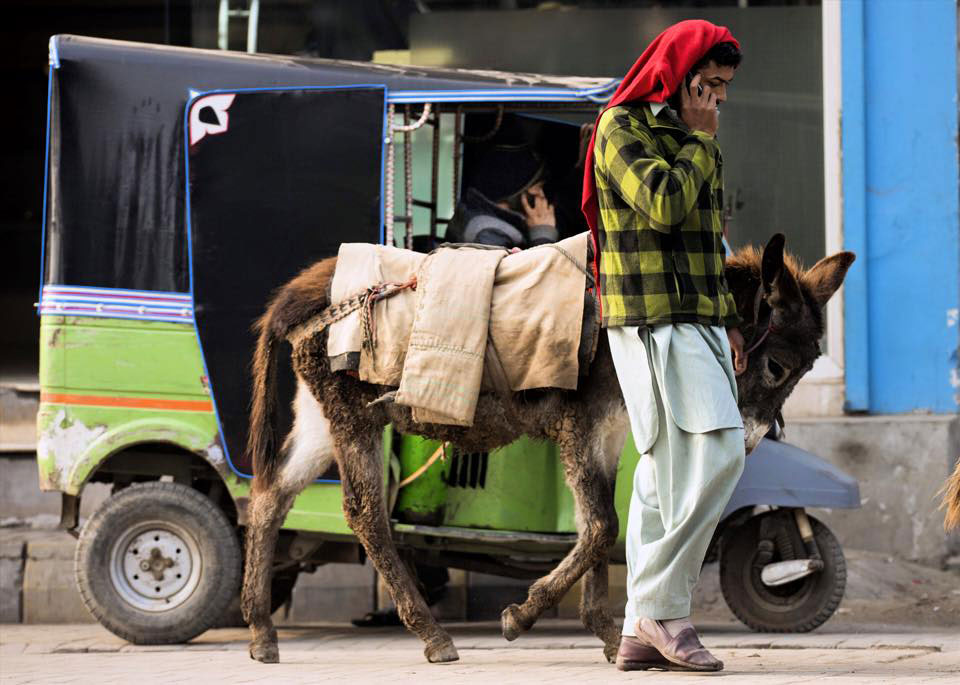 Interestingly, his description about Pakistan was also found wrong by many Pakistani followers, as he wrote: 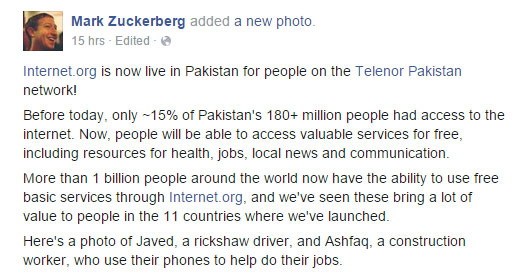 [pull_quote_center]”Mark Zuckerberg I appreciate your efforts for Pakistan. You’re actually changing the world but if you are stating something you have to give some references because as far as I know the statistics you are mentioning right over here are not correct. We have over 60 million people using internet and there is no sense in showing a man with donkey to represent Pakistan. Pakistan is well established country.”[/pull_quote_center]

Another Facebook user,  Mohsin Ali, also criticized Mark for his lack of knowledge about Pakistan’s stattics and said:

[pull_quote_center]”Please check your sources from where you got your statistics about Internet users in Pakistan. Although I highly appreciate your efforts in making Internet approachable to more people. But your words depicts a false image like Pakistan is still in Stone Age. Meanwhile I am writing this comment using a “4G LTE” internet connection from Pakistan & this service isn’t even available in many highly developed countries…It’s world 5th fastest growing economy & home to several billionaires…Being the CEO of world’s biggest social network, I don’t expect such hypocrisy from You.”[/pull_quote_center]

This criticism ultimately led Mark to update his status again but this time he updated with a realistic image; which made the users happy about Mark’s quick response on the matter. 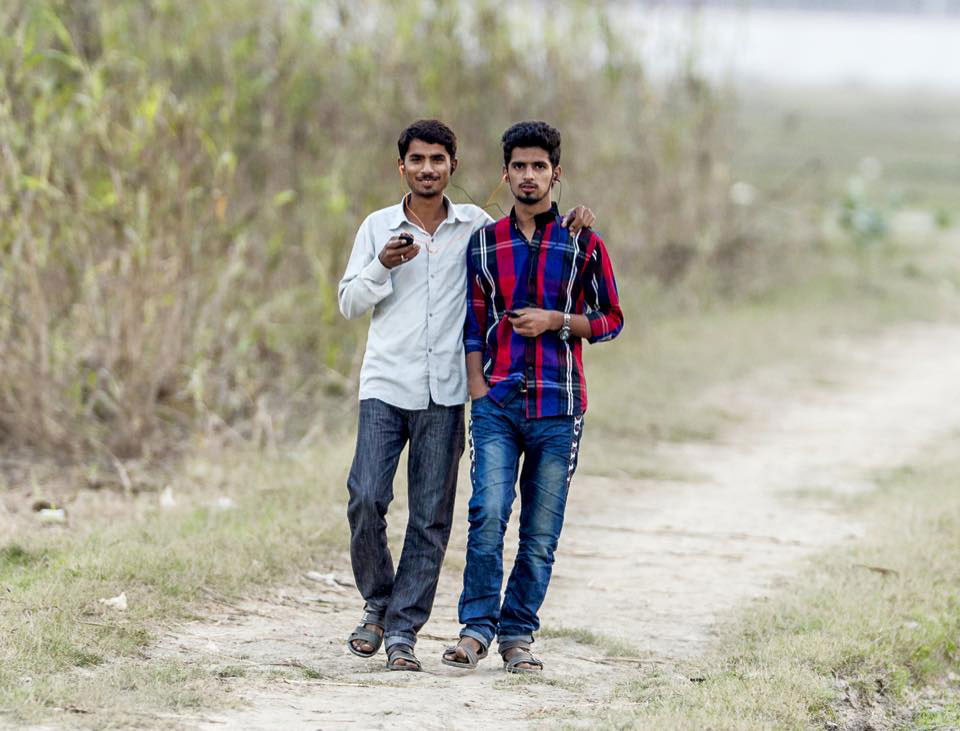 The new image is described by him as: