Miss Lina Khan now has the role which is a hugely powerful one, which protects consumers from bad business practices and companies from unfair competition. Worryingly for technology giants, Miss Lina Khan has been one of their most vocal and active critics. Now she has the authority to back up her ideas. She has gone from legal activist and academic to holding perhaps the most powerful consumer protection job in the country i.e. chair of the Federal Trade Commission. The commission is already in the process of suing Facebook, with Amazon next on the investigation list, for “illegally maintaining its personal social networking monopoly through a years-long course of anticompetitive conduct”.

Miss Khan was born in the UK and moved to the US with her parents at the age of 11. In an interview she explained her career transition of her interest in competition law as a policy researcher after graduating. Her main concern is that Big Tech is simply too big – that a few large US tech firms dominate the sector. She uses the late 19th Century railroads infrastructure as a comparison to now a few big companies or “trusts”, owns the competition. “Anti-trust” legislation was passed to prevent companies from having monopoly. These firms essentially provide infrastructure to the digital age and a small group of private executives are deciding the rules of who can use the infrastructure and that too on their terms. 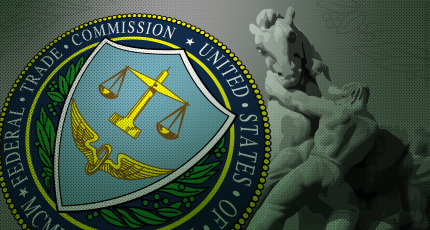 Lina Khan at the age of 28 being a law student of Yale, debuted her career with 24,000-word article on why U.S. antitrust law isn’t equipped to deal with tech giants such as Amazon and their modern version of power. In her paper she presented the antitrust in a new limelight and went beyond examining just near-term effects on consumer pricing, which has been a foundation of American antitrust policy interpretation for decades. She showed how Amazon was controlling competitors at little cost to itself, apparently benefiting consumers in short-term, but also causing far-reaching ripples through the rest of the industry. Her career rocketed from a law student to scholarly work to now serving as an associate professor at Columbia Law School, focusing on antitrust law and anti-monopoly tradition. She previously worked as a legal adviser to FTC Commissioner Rohit Chopra and worked with Rep. David N. Cicilline (D-R.I.) as counsel for the House Judiciary antitrust subcommittee. Where, she helped lead the House investigation into anti-competitive behavior from Amazon, Apple, Facebook and Google. It’s reasoned that these Big Tech companies are so big, and have such deep control of the internet, that they can weaken and damage their competitors.

Powerful tech companies have come under increased governmental scrutiny in recent years. The CEOs of Google, Amazon, Facebook and Apple were grilled by Congress over their far-reaching market power last summer. The Justice Department sued Google alleging multiple violations of antitrust law in October, and the FTC and dozens of state attorneys general filled antitrust suit against Facebook in December.

Public Citizen, an organization that does not support corporate power, applauded the decision of Khan appoint, calling it “a hopeful sign that the Biden administration intends to take a more aggressive approach to antitrust enforcement.”

Jeffrey Chester, executive director of the Center for Digital Democracy, said Khan could make the FTC relevant again after decades of the agency falling behind on antitrust issues.

President Biden appointing Ms Khan clearly shows that he means business when it comes to clipping the wings of companies like Amazon and Apple and taking the full market control from them. Ms Khan may want to take up the fight the Big Tech, a long, drawn-out legal battle, is what she should expect, as these companies have deep pockets and very good lawyers. The chief executives of Facebook, Google and Twitter are expected to appear before Congress again later this month.