OnePlus has recently announced that it will officially launch the OnePlus 6 smartphone on May 16. This will be the seventh flagship device by OnePlus. However, this time it seems that OnePlus 6 to beat Apple and Google with it’s distinctive features.

OnePlus is going to rock the smartphone market with the combination of high-end design, low cost and medium end design of OnePlus 6. However, we can’t ignore the smart marketing strategy of Shenzhen-based company which is the main reason of it’s success.

OnePlus is facing also tough competition in market because of its rivals such as Apple, Samsung and Google. But it is to be expected with the release of OnePlus 6, the company is going to give tough time to Apple and Google with user’s most preferred features.

Here are the main features, which can be great tools of OnePlus 6 to beat Apple and Google as well as Samsung

3) Sleek design and plenty of storage:

OnePlus 6 will have a glass back with sleek body and will have up to 256GB of storage for your apps, photos, and videos. 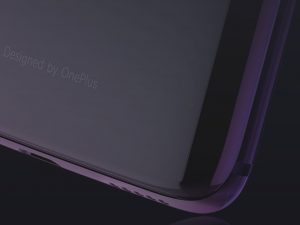 The rumors suggest that the OnePlus 6 will not more expensive than it’s predecessor. Which is a good news that users will get a high end phone in a reasonable price.