Opera GX Mobile is a gaming browser for Android and iOS that developed on the company’s rapidly growing Opera GX. Opera Software launched the Opera GX for desktop in June 2019, with high claims that it was the world’s first gaming browser. Exciting times are on foot as now it has made its way to the mobile platform to form a beta version. It is being billed as the ‘world’s first mobile browser for games’ and an official release will sure to following highlighting its new and improved features.

Also Read: Will Google be Able to include an Under-Display Camera to its First Foldable Smartphone? 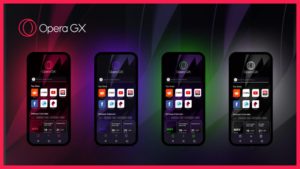 GX Corner is the home screen of Opera GX Mobile and it shows gaming news, deals and discounts on games, release dates, and upcoming games, trailers. It also has filters for Windows, Mac, Linux, consoles, and VR.

The Flow feature allows you to connect your mobile device with a PC to sync mobile and desktop experiences. The benefit of this is that it will sync the mobile version of Opera GX to the desktop version by scanning a QR code. It can be used to share files up to 10MB in size. It is a space shared between the mobile and computer browser that allows you to send files, links, YouTube videos, photos, and personal notes, allowing access at any time from the connected phone or computer.”

Visit here to get Opera GX.

You may be also interested in: How to Enable or Disable Pop-ups in the Chrome Browser?