According to some latest reports, OPPO is working on a smartphone with a side-mounted camera. It is expected that a new Reno series of smartphones will feature this unique camera system. The company has recently filed a patent for a handset that sports a multi-directional camera module.

According to a LetsGoDigital report, the Chinese smartphone maker has filed a patent with a WIPO (World Intellectual Property Office). WIPO approved this patent earlier this week. The patent describes a handset that houses a unique camera module that is capable of taking images from the side of the device as well. Looking at the design sketches seen in the patent, the smartphone will feature a rear-facing camera, which is the norm but with a mechanism that lets its primary sensor take images from the side as well.

To take images from the side, the company has a cut out on one side of the device. It will allow the primary lens to basically shift its focus to the side through the use of a mirror. In other words, the sensor itself does not move nor does the phone require an additional sensor that is aligned to the side. One practical application of this type of camera system is that the primary could automatically detect when a particular subject is moving outside of the frame and to the right. So the user won’t have to worry about the subject going out of frame since the side cut out would boost its field of view. 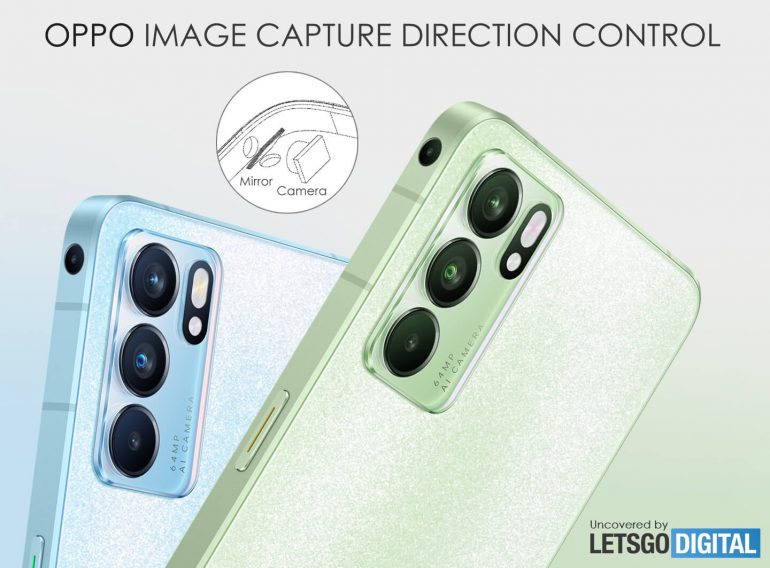 As of right now, it is unclear if OPPO is actually working on such a product or is just covering all bases. Furthermore, the device with such a unique camera system is likely to be a higher-end model. So, we can expect that it could be a part of the Reno series. Although, the technology is in the initial stages. It will take a lot of time to be available in the market. In my opinion, the company is developing something amazing for the upcoming Mobile World Congress (MWC) next year.