We have heard a lot about social media accounts being hacked. Hackers break into the computer system and networks using bugs and exploits.

A new round of Twitter account hacking includes the official US Netflix and Marvel Comic Twitter pages. They have been hit by a self-labeled white hat security group, OurMine. Other than these accounts the verified accounts for several of Marvel’s super hero characters such as Captain America, Tony Stark and others have also been hacked.

The following messages appeared on their official accounts: 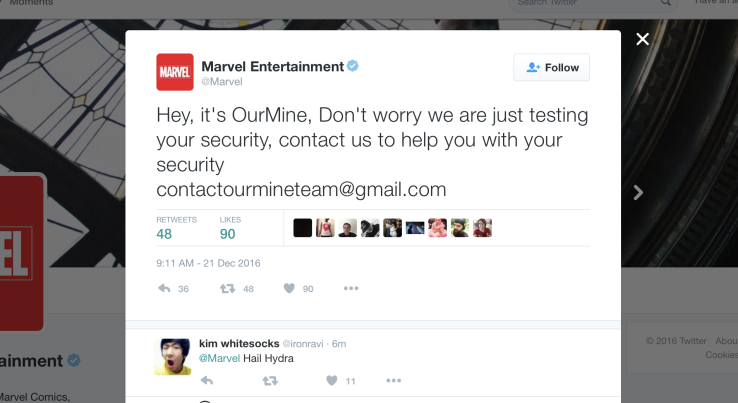 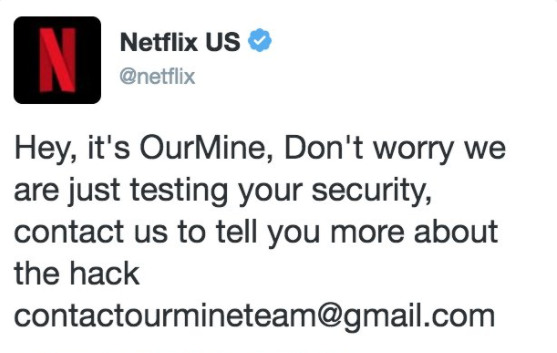 The same group formerly managed to temporarily take over the official Twitter accounts of its own CEO and founder Jack Dorsey along with Google’s CEO Sundar Pichai.

But not all hackers are bad. White hats are hackers hired with efforts of keeping data safe from other hackers. As with their earlier hacks, OurMine’s seizure of the Netflix and Marvel accounts specified that there was no explicit malevolent intent. They were just trying to check the security of those pages. The group seems to operate by testing numerous accounts belonging to high-profile susceptibilities.

CNET revealed that they emailed a representative from OurMine, who specified that the group directly hacked into the Marvel Twitter feed, which directed to all the other official Marvel accounts getting unprotected because they were connected via Tweetdeck.