The Realme GT Master Series will launch on 21st July, according to the official information. However, it is reported that at least two versions will be released in the Realme GT Master series. The leak comes from Digital Chat Station.

The Realme GT Edition will have a Samsung-made 6.43″ OLED display that will feature a fluid 120Hz refresh rate, 360Hz touch sampling rate, and 4D vibration. The display will come with thin bezels and a hole punch in the display.

The Realme upcoming smartphone will have three cameras, a 64MP wide camera, an 8MP ultra-wide lens, and a 2MP macro camera. Qualcomm Snapdragon 778G will be the key driver of the GT Master Edition on the power side. The Realme GT edition will come in white, gray, and bronze colors. 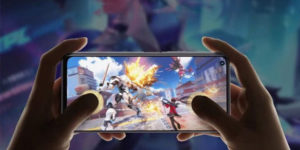 A 4,300-mAh battery power with a charging speed of up to 65W will be included in the RealmeGT Master Edition, the complete charge will take only 32 minutes. On the storage side, the device will feature RAM 8GB and storage 128GB/256GB. Realme UI 2.0 will operate on the phone.

There is no information revealed about the price of Realme’s upcoming editions. So, we have to wait till the launch of the phone for complete information.

You may be also interested in: Google Add Option to Remove Search History of Last 15-Minutes