This is now becoming a trend to launch a smartphone with more charging capability but with a lower-powered charger in the box. Just like many other phones in the market, Samsung is planning to bring Galaxy M22 with 25W charging support. However, there will be a 15W charger in the box. 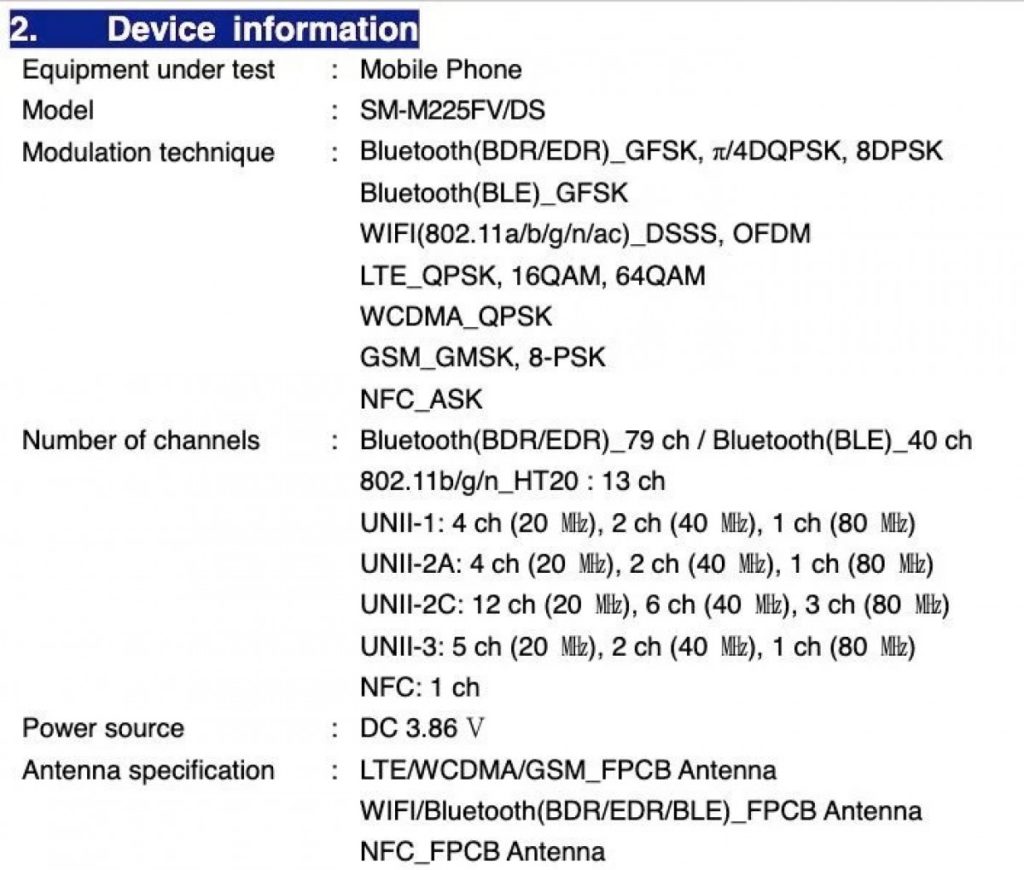 The reason for bringing a phone with a lower-rated charger is to cut on cost and the Galaxy M22 is a budget entry anyway. The phone has appeared in many leaks a while ago. It has also appeared on some certifications including FCC.

According to the latest release, the phone will come with some similar specs as Galaxy A22. The upcoming phone will feature a 6.4-inch Super AMOLED Infinity-U display with a 90Hz refresh rate. Also, it will feature a 48MP main camera and 13MP selfie snapper. Just like many other m-series smartphones, the phone could come with a massive 6,000 mAh battery.