We have got new concept images of Samsung Galaxy S10 which reveal that S10 is a very good looking device. Galaxy S10 is the most awaited flagship smartphone and people were anxiously waiting for its images to leak. Finally, Samsung Galaxy S10 Design Revealed.

The stunning concept images reveal the purple-hued device with an in-screen fingerprint sensor, a triple-lens rear camera, and a transparent back that lets you peep the handset’s insides.

We were already expecting these features in the previous leaks. If all these leaks are true, we can expect that Galaxy S10 will be equipped with the extraordinary features and will give tough competition to its rivals. We can expect Galaxy S1o to be unveiled on Mobile World Congress. 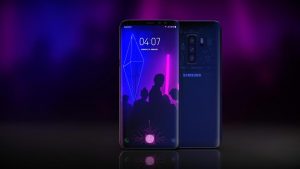 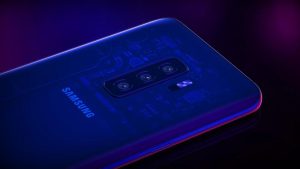 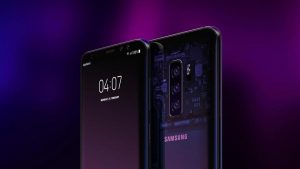 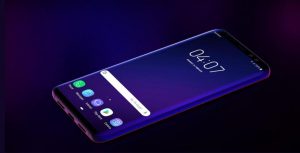 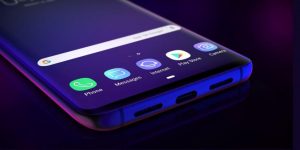 Take the triple-lens snapper regarding the straight back, it made its debut from the Huawei P20 Pro – arguably the very best camera that is smartphone the market – and it is rumoured for the iPhone X2 Plus.

The news of Samsung upcoming device Galaxy S10 is in the air. we are continuously listening to the different leaks and rumours from different sources and we also share them with you from time to time. As we know that there are many Samsung lovers who are waiting for the launch of Samsung Galaxy S10. A new report from South Korea suggests that Samsung’s upcoming Galaxy S10 smartphone could feature a triple rear camera.
It is also reported that Apple is expected to launch an iPhone X Plus with a triple rear camera sometime in 2019.

It means Galaxy S10 will be the first Samsung device to feature an in-display fingerprint sensor. However, some people are not very happy with the Samsung’s decision of including ultrasonic sensors as they fear with this new technology the device will get more expensive and since it’s a new technology may be Samsung would not be able to do justice with it as per its previous records. Moreover, as the device is set to launch next year, we hope that Samsung does not ditch its users this time as well.