We already know that Samsung is planning to reveal its Galaxy S20 series next month. As the launch is getting closer, we are getting more news about the devices of the series. Now, Galaxy S20, S20+ names officially Confirmed. Both these phones will come with the model number SM-G980F/DS and SM-G985F/DS. Also, both phones got certified for use in Thailand by the local NBTC organization.

The model numbers are in line with previous devices. The letter F, in the end, means the devices for the international units. Also, the DS means Dual-SIM, which means these phones will come with dual SIM card capability. 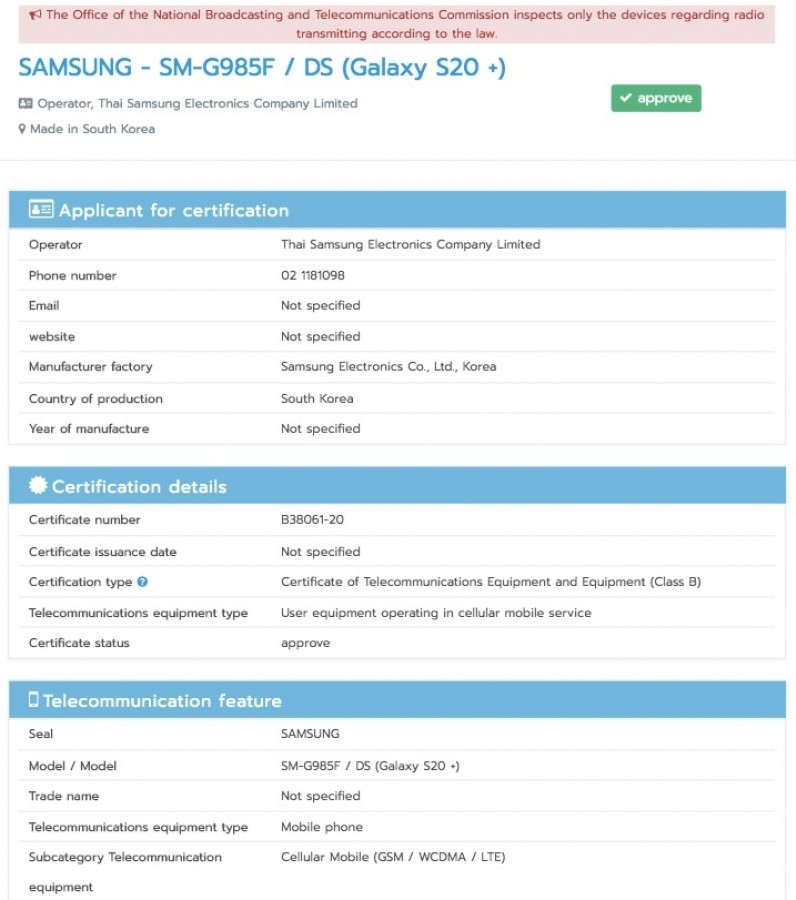 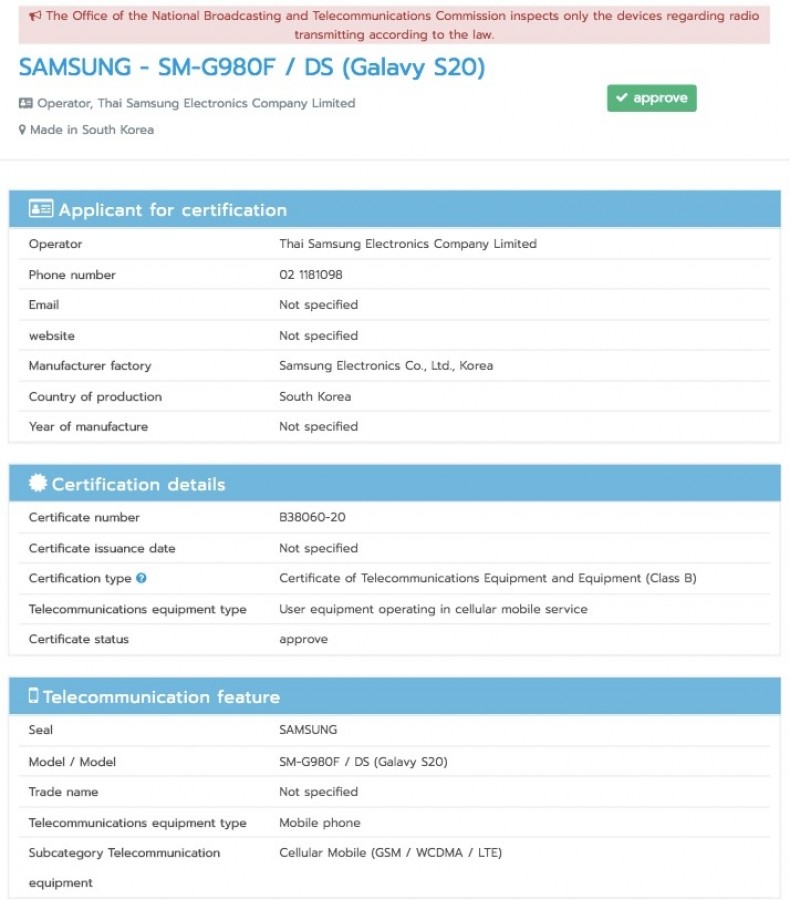 As far as the specs of Galaxy S20+ are concerned, it will come with a 6.7″ Dynamic AMOLED display. It will feature a quad-camera setup on the back including a 64MP main, two 12MP, and a ToF unit. The phone will have a 10MP camera on the front as well.

The series is going to reveal on February 11. We will surely get more information about these phones in the upcoming days.