Last year, Samsung launched the Galaxy M30s with two memory versions – 4GB/64GB and 6GB/128GB. The phone became so popular among the users because of its performance and specs, that’s why once again the company has launched a third version that comes with 4GB RAM and 128GB storage.

The price of the new version is $200. The third version of Galaxy M30s features a 6.4″ FullHD+ Super AMOLED display. The phone is powered by an Exynos 9611 SoC under the hood.

The powerhouse of the phone packs a 6,000 mAh battery charging at up to 15W. More interestingly, the camera section of the phone comes with a total of four cameras, there is a 16MP snapper on the front and a triple camera setup at the rear, that consist of 48MP main, 8MP ultrawide and 5MP depth sensor modules.

The latest version is available in three dual-tone colours, Opal Black, Sapphire Blue and Quartz Green. Samsung will start salle of the 4GB RAM/ 128GB storage variant from 14th March on Amazon and its official website. 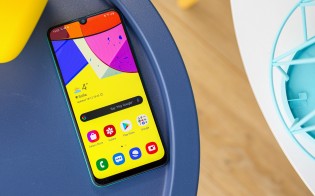 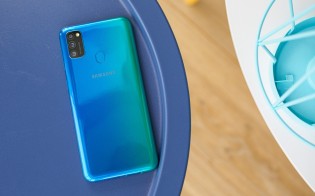 We hope that all the users will also like the third version of the Samsung Galaxy M30. The images above show that the design of the phone is also elegant.

Recommended Reading: Samsung Galaxy M21 to be Launched on March 16