Who doesn’t know Elon Musk? He is one of the top trending, famous, and rich people on the earth. Being a tech expert, Musk has launched unbelievable programs that stun the world. The never-ending love for success in technology keeps the man standing on his feet motivating millions of youth to come forward and play a part.

Jazz CEO, Amir Ibrahim, sees this as a great opportunity to be a part of Elon Musk’s Starlink program to provide fast speed and low price internet in Pakistan. At ‘Internet for All’, a webinar by Pakistan Institute of Development Economics, he said, “Projects like Elon Musk’s Starlink are actual game changers and I truly admire those who have a different perspective and thinking like Musk. It might be possible that disruptions will come in Pakistan if Starlink comes to the country but it will be a golden chance for us to learn, watch, and grow.” 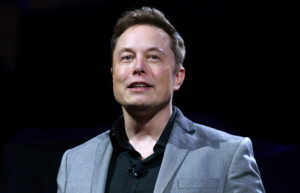 According to Musk, “Starlink internet gets preorders that reach up to 500,000.”

Amir Ibrahim further speaks that there must be a pause to the 5G network in Pakistan as half of the population is not using any internet and that makes 15% of people with no telecom facility at all. We need to improve the current system before moving to the next step. Instead of making comparisons to other countries, we need to evaluate and reform policies according to the country’s system.

He added, seeing the scenario, it will be better to reform the existing technologies to their better version instead of putting feet in someone else’s shoe.

No doubt, Pakistan has a bright future in the field and the country will hopefully learn and grow in the upcoming times!

You may be also interested in: PSEB Will Build Software Technology Park in Swat: IT Minister