There had been hype about the upcoming highly anticipated series of Huawei, the P30 Series. We have been getting a lot of rumors regarding this flagship series for many weeks. Together with that, a lot of teasers have also been swirling around. The most powerful of all, the Huawei P30 Pro passed AnTuTu a few days back. We know most of the key specs of the handset as well. In addition to all this, a new color of P30 Pro surfaced on the internet.

The previously revealed Huawei P30 Pro Color options include Black, Aurora, and Twilight. A new color has been added to the list now. Let’s have a look at this gradient colored P30 Pro. 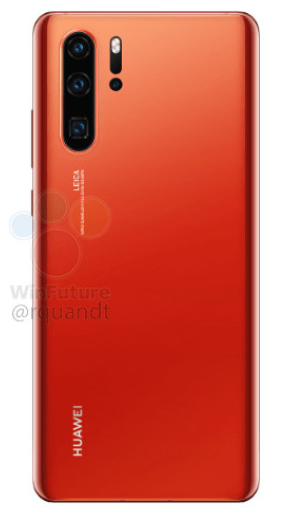 The Huawei P30 Pro will sport a 6.47 inches curved OLED display that will offer full HD+ resolution of 1080 x 2340 pixels. The handset will feature an in-screen fingerprint scanner. However, there is no visible earpiece on the smartphone so it is possible that the smartphone may emit sound through the display. The device will come with the quad camera setup on the rear. It will come with an OIS enabled 40-megapixel main sensor with f/1.6 aperture. Furthermore, the main sensor will be followed by a wide-angle lens of 20-megapixels with f/2.2 aperture. The last but not least, the 8-megapixel sensor will be slightly separated from the second sensor probably because it is equipped with periscope structurer to offer 10x lossless zoom.

The device will be powered by the 7nm Kirin 980 SoC that includes dual NPU unit for AI calculations as well. It will come with 8 GB of RAM. The smartphone storage variants will include 128 GB, 256 GB, and 512 GB. The smartphone will sport a massive 4,200mAh battery with 40W fast charging technology. The device will not feature a 3.5mm audio jack. It will run the Android 9 Pie OS.

Emergency Call Your Loved Ones With Jazz Zero Call Balance

No Time to Wait! Show the World What You Can Do In 5 Minutes with OPPO F17 Pro 5-Minute Challenge