Tecno CAMON i Sky 2 Review, Price, Specs – 2019. Tecno CAMON i Sky 2 is fully loaded with big features and specification.The handset is 5.5 inches’ device with full IPS display that supports the resolutions of 720 x 1440 pixels. It has fixed big Li-ion battery of 3050 mAh with removable back cover.

Camera section of Tecno CAMON i Sky 2  has extraordinary features because the back camera has dual 13MP lens plus VGA  and many other features while front camera has a 13MP lens with a portrait effect. The handset is 4G supported with dual SIM and dual standby option. It runs Android version 8.1 (Oreo).

Tecno CAMON i Sky 2 is having 2GB RAM while Internal memory has 16GB. It has fingerprint scanner as well as AI face unlock which is a plus feature of this smartphone. 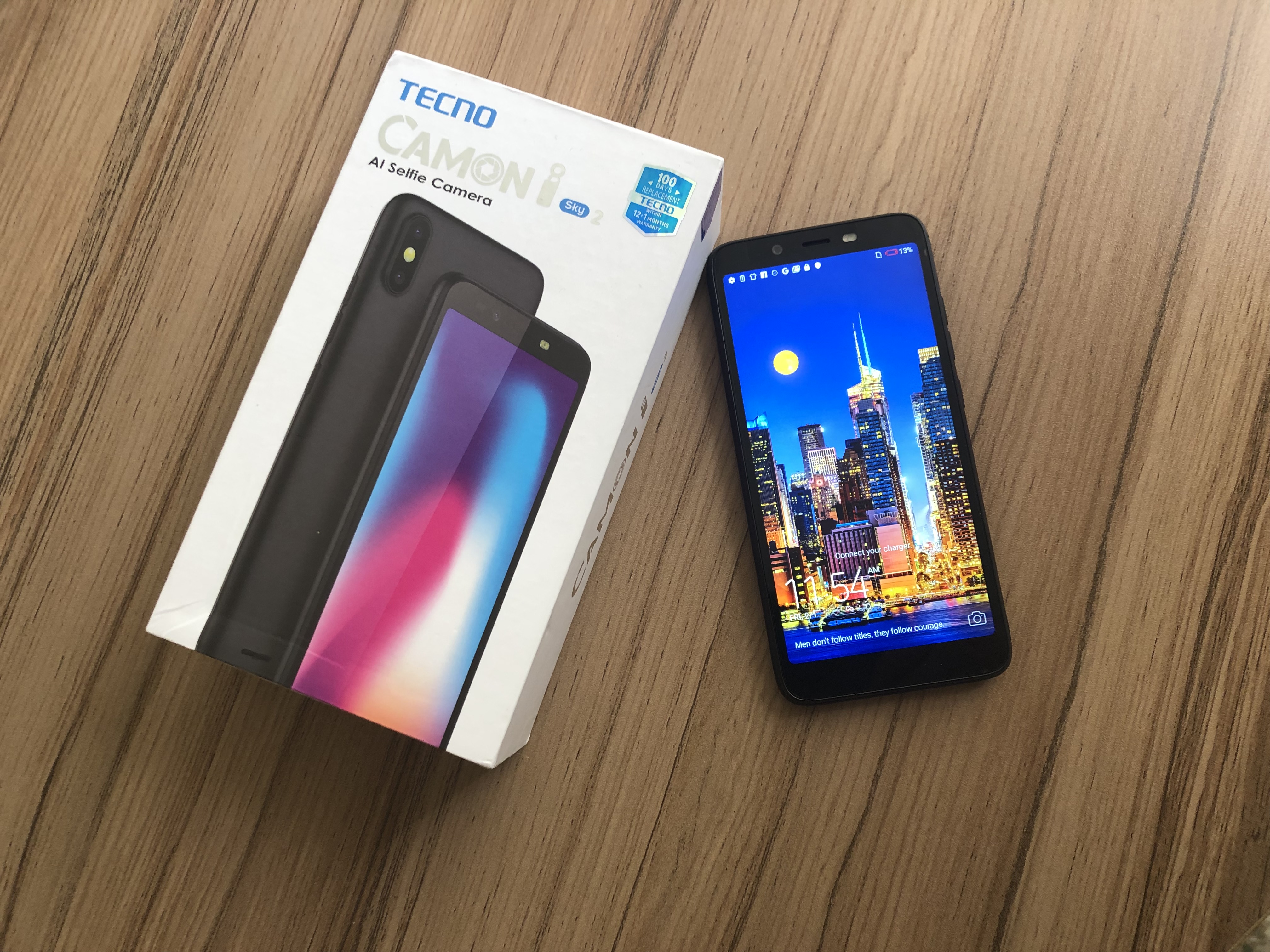 Price and Specifications of Tecno CAMON i Sky 2:

Design and Display of Tecno CAMON i Sky 2:

Tecno CAMON i Sky 2 has 5.5 inches’ screen and screen to body ratio is almost 75% which is brilliant. It supports the resolutions of 720 x 1440 pixels with IPS capacitive touchscreen. Density per pixel is almost 320 dpi that is huge for clear and detailed visibility of icons and texts.

First part is its front display which has 5.5 inches’ screen in which function keys are also enabled within in the screen. Upper side has sensor, flashlight for the camera, earpiece and front camera of 13MP. A bezel layer of black color has covered the whole screen from every corner of it. The device has good structure and I personally like Tecno manufactured devices because they are much better as compare to other ones.

Last part of design section is back the body of  Tecno CAMON i Sky 2. Full metal body with a big and powerful camera lens of dual 13MP and VGA lens which is little tumid but if you want to enjoy powerful lens of 13MP then you must carry it. It has dual LED flashlight also beside camera lens. Fingerprint Scanner is just available down to camera lens that is very quick and accurate.

Camera of Tecno CAMON i Sky 2:

It has Laser focus technology that is paired with a dual 13MP len and VGA that gives us the power to shoot brilliantly detailed pictures with better speed and accuracy. Back Camera also supports laser focus which has the ability to identify and focus on your subject and light.

Tecno CAMON i Sky 2 has access to sharper ZOOM, it brings you closer to your subject so you can capture the picture with more detail and clarity even when standing at a distance.

PRO mode camera control has full access to professional photography. It gives you the access to adjust the settings of exposure, ISO, white balance, shutter speed, and macro photography. Some modes are also available such as movie, memory, mono, calm, cool and many others.

The result of back camera is extraordinary because it has the powerful lens of 13MP +VGA. It has faster and more accurate system other than any tecno Device moreover it works awesome in dark lights and reduces handshaking in videos. The photos from Tecno CAMON i Sky 2  are very detailed and almost no noise further contrast, color accuracy, sharpness is top-notch.

Performance of Tecno CAMON i Sky 2:

Tecno CAMON i Sky 2 is an affordable mid-range device loaded with the premium features. It has 2GB RAM and 16GB ROM with 13MP selfie camera. The device runs very smoothly without any bugs and lags but it would be much better if they provide 3GB. Except for this, the device is ready to use and it is a perfect smartphone at such a reasonable price.