TikTok has grown to become one of the world’s largest learning platforms in recent years, with over 150 markets and one of the most downloaded applications in more than 40 countries. Users produce a range of short-form films on everything from cooking techniques to dancing moves to crafts and arithmetic abilities on the app, which is accessible in 75 languages. The hashtag #LearnOnTikTok has received over seven billion views so far. A variety of tools are available for this purpose. The emphasis is always on the tool or platform that can engage a wide audience. In today’s society, social networking is the most effective technique for reaching out to a younger audience and educating them on certain themes.

When it comes to selecting the correct social media site, you can notice how the attention span of the current generation has dropped. This is why new social media applications are being created to keep audiences engaged for extended periods of time.

The most preferred sort of material at the moment is short-form video, for which TikTok is the main platform, with over 1 billion active users. TikTok is a short-form video platform where users create a wide range of entertaining material. This is where your imagination comes into play; you must be able to create material that is both educational and enjoyable while also capturing the attention of the consumers.

Traditional education has been centered on institutions that restrict and regulate access to instructors while also controlling their interactions with their students. TikTok, on the other hand, is intended to make it simple for anybody to become a video producer, share knowledge, and attract people. 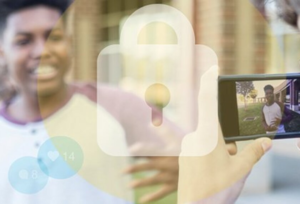 It also encourages instructors of all types by providing them with an independent platform and a fresh opportunity to reach their students where they are. @Iamthatenglishteacher, for example, started uploading TikTok grammar lessons to assist her middle-school students to overcome typical blunders. She currently has 1.5 million followers on Instagram.

The top TikTok creators aren’t there because of the school they attended or the credential they have. Their authority and impact stem from their talent to represent what they are teaching in a captivating way. People are searching for demonstrable expertise or acknowledgment rather than existing institutional credentials, which is a trend across the learning industry.

Qasim Ali Shah, a motivational speaker and educator/philanthropist who utilizes TikTok to discuss many social concerns, is one such TikToker. His recordings include subjects such as how working-class/labor-class people from rural regions find jobs in the city and how they should be handled if they work as housekeepers in the houses of more wealthy city citizens. Shah also discusses the self, often known as the psyche or ego in Urdu, and how it influences a person’s overall sense of who they are and the environment they live in.

So, with topics varying from respect, duties, and safety of domestic employees and the people they serve, to widespread mental health concerns in society, it is apparent that these clips generate a pleasant and socially elevating picture in the minds of the users that come across these clips. As a result, it is true that many content producers are utilizing TikTok to establish a good image and promote awareness about critical socio-economic issues among a large community of people who sorely need such material and information.

You may be also interested in: iPhone 6 Plus to be Added to Apple&#8217;s Vintage Product List Soon