In a month of February, Twitter has announced new rules that how users and apps can automate tweets. These rules were announced just to cut down on spam and stop the spreading of propaganda. Twitter Reportedly Suspends a Ton of Accounts

According to BuzzFeed, that Twitter has just banned a number of popular accounts with millions of followers. Those accounts were known for mass-retweeting or for copying and stealing tweets from other users.

Buzzfeed reported that many of the suspended accounts includes @Dory, @GirlPosts, @SoDamnTrue, @reiatabie, @commonwhitegiri, @teenagernotes, @finah, @holyfag, and @memeprovider. These accounts are known as tweetdeckers, some with hundreds of thousands or even millions of followers. These all accounts have violated the company’s new spam policies. They gather in private Tweetdeck groups to plot out their plans to manufacture virality. This behavior is against rules of Twitter. 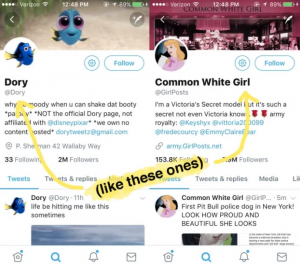 “You may not use Twitter’s services for the purpose of spamming anyone.” The platform’s spam policy covers many different types of bad behavior, including the posting of “duplicative or substantially similar content, replies, or mentions over multiple accounts” or “[attempting] to artificially inflate account interactions.”

“Tweetdecking is over. Our follower gains are gonna diminish,”

According to Verge, the new rules come after leaks that over 50,000 accounts linked to Russian backed organizations. Which exposed nearly 700,000 people to propaganda in January over the course of the 2016 US Presidential Election.

Still, there are so many problems to be addressed on Twitter. However, the move of Friday to suspend known tweetdeckers is just a great action taken by the company. Twitter’s struggle to clean up its platform is highly appreciated. It’s not certain that if the suspensions are permanent or not. Twitter declined to comment on individual suspensions.