Some time ago, through Geekbench listing, we found some important Vivo V21 SE specs. The listing tells us the smartphone is going to feature an FHD+ mid-range processor. The Vivo V21 SE has now this time reappeared in the AI Benchmark database. 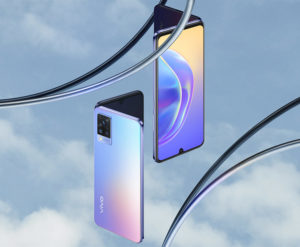 Vivo V21 SE matches its chipset with Vivo V21e, as revealed in the AI Benchmark listing. With an 8GB multi-tasking memory and a new FunTouch operating system based on Android11, the phone will be powered by Qualcomm Snapdragon 720G chip. Under the model number ‘V2061,’ leaked report provides this exact data. No official details have came out yet, however, the V21 SE has passed by the Google Play Console database.

The Vivo SE Google Play Console reveal features a resolution of 1,080×2,400 pixels density of 440 PPI on the screen of the upcoming smartphone. We can confidently conclude on the basis of its previous models that it uses an AMOLED display, probably the same one we will see on the upcoming Vivo version. 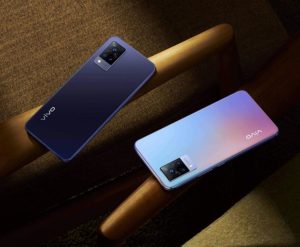 The Vivo V21 SE might most likely have been a modified version of the Vivo V21e that was introduced some time ago. Furthermore, a 64MP triple rear camera setup with 13 MP and 5MP other shooters, and an 8 MP selfie camera could probably be featured in the device. The device will have 4,000mAh power battery on the device that will support a 33W quick charging. As certifications and benchmarks are underway, so we expect its official announcement and launch soon. 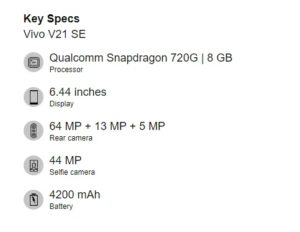 You may be also interested in: WhatsApp Beta Users can now send hi-resolution videos without attaching them as documents