Social media has given freedom of speech to people but at the same time, it has also contributed to the spread of hate speech and fake news on different platforms. Hate Speech and fake news have created unrest in the society in past but now the growing blasphemous content has not only created disturbance but is also hurting Muslim beliefs.

Since there is a difference between freedom of speech and hurting someone’s religious feelings, PTA has made the definition of blasphemy easier so people shouldn’t be involved in this.

According to the document shared by PTA  named “Use Of Social Media- Online Guide”, when users are online on different social media platforms, they might come across things that are upsetting, outrageous, and unconventional especially the content posted with the intent to insult “the religion of any class of persons” & is against “glory of Islam”.

It’s quite a sensitive topic in Pakistan and in many instances, the accused are killed by the mobs before even facing legal proceedings. So, in order to stop such things from happening, PTA is constantly looking for such content that is of blasphemous nature and in an effort to do so, it has blocked many contents which have reduced blasphemy on social media.

Under section 37 of PECA, PTA has to block the access or removal of unlawful online content that is shared through any information system in Pakistan. This content might include information against integrity, security, or defense of Pakistan (anti-state), against the glory of Islam (blasphemous), hate speech (public order), decency and morality (pornography), contempt of court, and defamation or impersonation.

No doubt, PTA is proactively blocking links pertaining to blasphemous content which is evident from the decline of uploading of blasphemous content on social media.  The cybercrime wing (CCW) of the Federal Investigation Agency (FIA) presented a report revealing the substantial decline in the uploading of content related to blasphemy and hate speech on social networking sites.

The report mentions that FIA and the Pakistan Telecommunication Authority (PTA) last year blocked/removed 167 accounts for uploading blasphemous, hate speech and sectarian content. This year, 110 such accounts are blocked.

Being Muslim, one shouldn’t be involved in Blasphemous content because it not only impacts the religious feelings of other Muslims but also is disliked by Allah. Also, when it comes to laws, shairing blasphemous content on social media, is a cognizable offense under chapter – XV of the Pakistan Penal Code, 1860 (Act XLVof 1860) (“PPC”).

Also, under section 295 – C of PPC whoever, defames the sacred name of the Holy Prophet
Muhammad PBUH shall be punished with death or imprisonment for life, and shall also be liable to a fine.

Also, keeping in the punishment mentioned above, one should not indulge one’s selves in such activities at any cost. 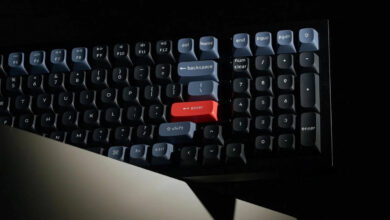