In May, Xiaomi had launched new flagship smartphones. Mi 8 Se was the first device that arrived with snapdragon 710. Many people foresee that light version will be launched after this device. However, rumors suggest that a slightly bigger device will be rolled out soon. A few days back, leaked specs sheet of Xiaomi Mi 8 Youth showed up. After that, Xiaomi Mi 8 Youth Images were spotted at TENAA which unveiled its design. According to Xiaomi Mi 8 Youth New Teaser Video, we came to know that Xiaomi is all set to introduce a Mi 8 Youth variant.

Ahead of the official launch, Xiaomi published a teaser video revealing the gorgeous gradient glass back, the rear-mounted fingerprint and the horizontally-stacked camera modules. Moreover, Xiaomi Mi 8 Youth launch date is set to be September 19. 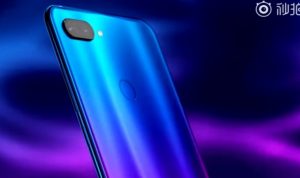 According to the previously leaked images, the sides of the phone are made of metal with the SIM card tray positioned on the left. Then there are the volume rocker and the power button on the right. The back looks flat and resembles the Mi 8 SE except for the double camera alignment. The camera alignment is horizontal in this case.

The Xiaomi Mi 8 Youth Leaked Specs are written as follows:

However, there are still no words about the availability and price of the phone yet.