Youtube shorts, a TikTok rival, was introduced in September of last year. The function was first made available for testing in the United States earlier this year, with a full rollout scheduled for July. YouTube has established up a $100 million fund to encourage more individuals to produce for the site, and it will pay creators up to $10,000 per month for making short films for the platform.

The fund has the potential to pay out a lot of money to creators, but payments aren’t guaranteed. The level of popularity required to earn money will be determined by the number of individuals that create and view Shorts each month, as well as the location of each creator’s audience.

“YouTube content creators will not be required to use Shorts in order to increase their overall interaction on the site. Our objective there is to give every creative a voice”, said Neal Mohan, YouTube’s Chief product officer.

Simply producing films for YouTube Shorts will not earn you a $10,000. Google is willing to pay up to that amount, but you’ll need a video with a lot of views and interaction to come anywhere near it. Shorts producer can make $10,000 per month on the bottom end.

Creators and artists now have ten ways to generate money and establish a business on YouTube thanks to the launch of the Shorts Fund. It’s not only about how many people view your work and how engaged they are with it. Payouts will be determined on the viewers’ location and the number of individuals that make Shorts. Some views are more valuable to Google than others, and the money must be distributed evenly among all producers. 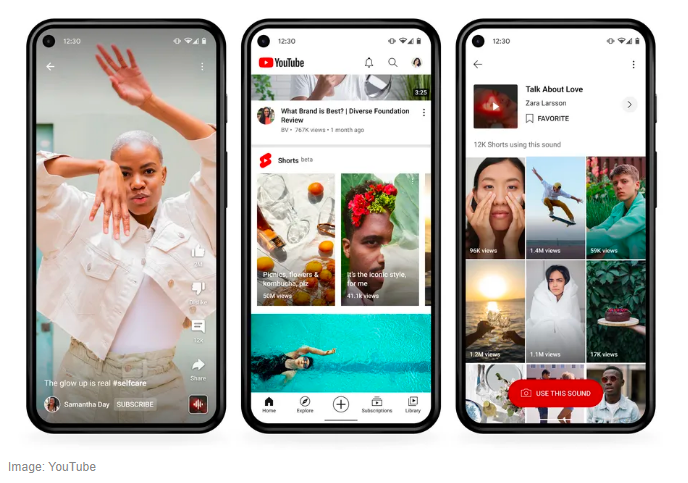 These must also be original videos, according to YouTube. Reuploads and films containing watermarks from other platforms, such as TikTok, Snapchat, or Reels, will prohibit a channel from receiving compensation. For the time being, the payouts are only accessible in ten regions, including the United States, the United Kingdom, India, and Brazil, among others, with YouTube stating that the list would be expanded in the future.

The fund will be used to compensate artists over the following year, with a ‘long-term, scalable monetization system’ eventually replacing the Shorts Fund. Because the company does not intend to broadcast advertisements on YouTube Shorts, it is unclear how it would monetize the site.

On YouTube, creators have historically been compensated based on the advertisements that appear in front of their videos, with a clear correlation between the number of ad views and the amount of money received. YouTube, on the other hand, doesn’t want to put an ad in front of every short clip, so it’s developing an other method of payment to compensate artists.

Now viewers can also give thanks and appreciation on uploaded videos as well through ‘Super Thanks’ feature.