ZTE Axon Mini will be launched in September 2015 and will be available in four beautiful colors silver, gold, orange and pink. ZTE was pretty shush about the whole affair and did not allow pictures or video to be taken of the device.  No other specifications have been confirmed till now. Pricing and availability are a mystery too. 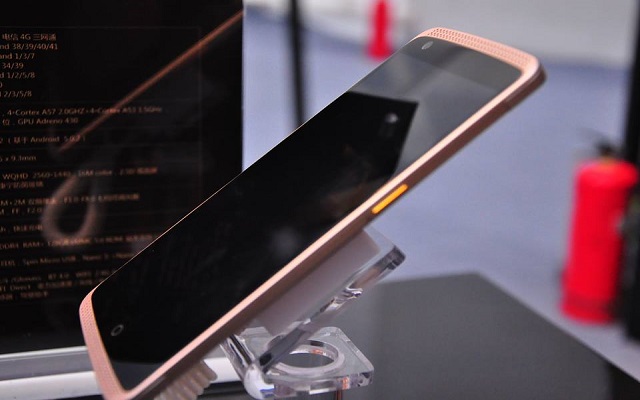 Force Touch screen is quite unique as compared to traditional panels in the sense that users can perform additional gestures just by varying the force with which they press the screen. It is an amazing feature through which the screen recognizes how hard the user is pressing down on it. This allows the device to perform different functions with a tap on the same location of the glass. For example, a soft tap on the display could start a video while a harder tap could raise the volume.

So it is a touchscreen that doesn’t just sense touch but also the pressure. It opens up a lot of possibilities, especially in case of apps. For example, he could try out the piano app on the Axon Mini and the sound varies on the basis of the pressure applied. The feature is currently employed by Apple on the Apple Watch.

Unfortunately, the company didn’t allow attendees to take pictures or videos of the Axon Mini. So, we probably have to wait until the phone is officially announced.