Translation apps are the best things when it comes to languages. Sometimes you don’t understand a specific language, so in order to fulfill the language issues, such apps are used. These apps are also useful especially when you do not understand what the other person is talking about. There are plenty of Best language translation Apps for Android, you just need to find which one suits you.

Google Translator is the widely used apps and as it is owned by the largest tech giants, Google, it has easily gained people’s trust in the less possible time. No doubt, Google translator can easily translate a word, phrase or entire content that a person has provided. However, it doesn’t mean that it is the only app, offering translation from one language to another. There are plenty of such apps that are providing equally good or even better services to people around the globe.

So here is the list of ten best translation app 2020 for Android that are not even handy but also provides better services to people compared to google translator. Many people find these apps useful while they are on some trip where there is a language gap and sometimes when doing some academic work in class.

Languages apps are very important as they not only help people with communication but also save help that would be taken from another human being who knows the specific language. Now people do not need to waste months for any language, instead, they can use such translation apps available on your mobile to lead a healthy life.

Bk Translate is actually a developer on Google Play having a large variety of translation apps. Having a large variety of languages, this app is used by people throughout the world. This app can translate most of the languages including Spanish, Arabic, German, Indonesian, French, and many others. Each app works the same way. It translates between whatever language it supports and English. It is one of the best Language translator App. 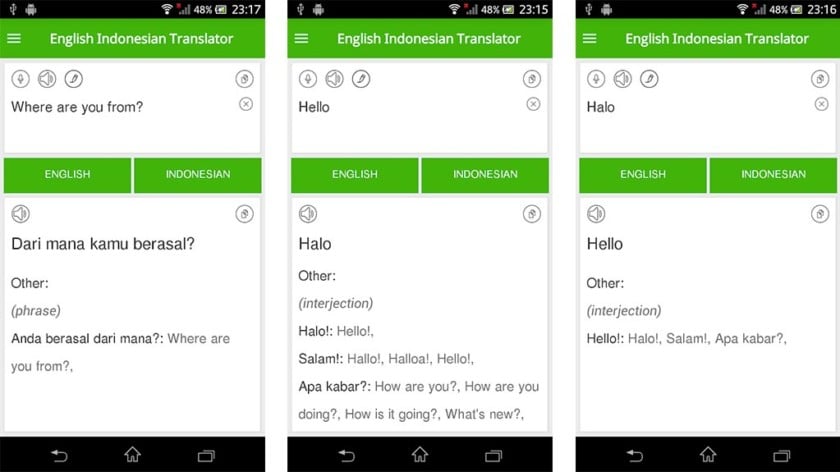 The app is user-friendly and the world by typing voice and handwriting. It can be used for some random words or sentences full of words. This app is simple to be used however sometimes people get irritates due to the advertising material coming on it on and off.

It is a dictionary focusing on several languages. This multilingual translator supports hundreds of languages including English, Spanish, French, Arabic, Japanese, Korean, Chinese, Hindi, Romanian, and others.

The best thing about Dict Box offers offline support along with audio pronunciations so that people who are confused with pronunciation can easily get the right way to speak up. It also facilitates users will pictures, flashcards for practice purposes. Its camera feature is designed in a way to provide decent learning to users. Most of the features are available in few version, but some are locked and in order to get them on the need to pay for premium version.

As the name suggests, it is also a dictionary kind of app providing the best translation experience ever. It is a polyglot translator which can be used as a dictionary. It can translate a variety of languages including French, Italian, Latin, Portuguese, Romanian, Russian, Spanish, and others. It is one of the best voice translator apps. 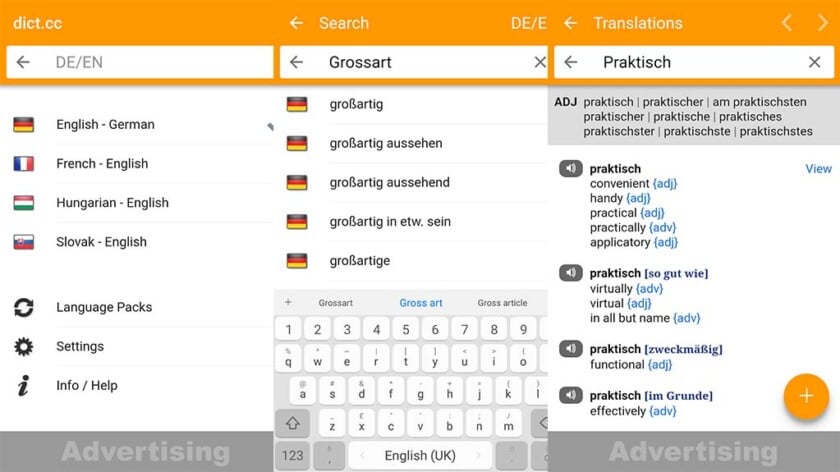 This app has good features including offline support, auto-suggestions, audio pronunciations, and more. The free version of Dict.cc has a large variety of languages however premium version comes with almost each and every language and also with the removal of annoying ads.

Moreover, this translator app is totally free and the best thing about it is that has no ads so no more irritation while using this app. So it is the most recommended app.

This is one of the best app, owned by the larger tech giant. It supports a variety of language books, guides, and dictionaries, phrases on the app. So, it is quite different in the way the app is operating. It is somewhat similar to eBook vendors, incorporating old school thing in a new and technical way.

Google Playbook supports different features including, offline downloading and cross-device syncing. It has a variety of language books which are of different rates, so one can select any according to the needs and keeping in view the price. When it comes to time-saving, this app is a big no. However, when it comes to authenticity, this is a big yes. This is the best translation app that doesn’t require internet. 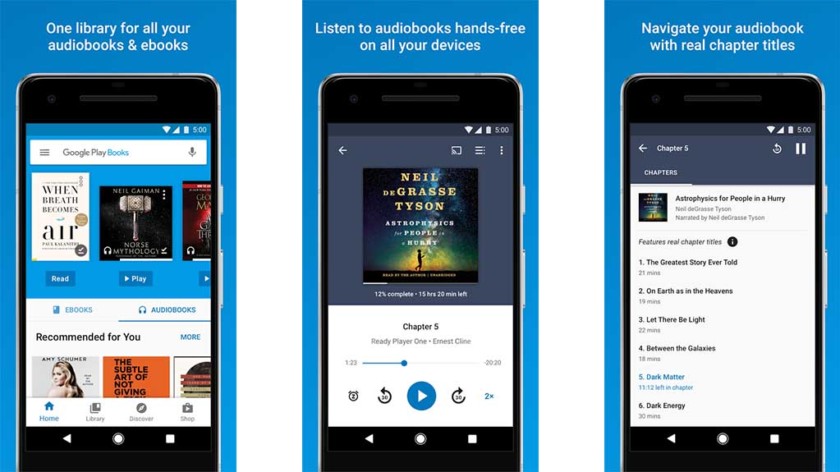 It is no doubt the best translation app on Android. It features 100 languages online and 50 languages offline. This Google App translates things with camera supports. It can also translate menus and street signs. This capability is only available in Google translator. It is the most popular translation app. 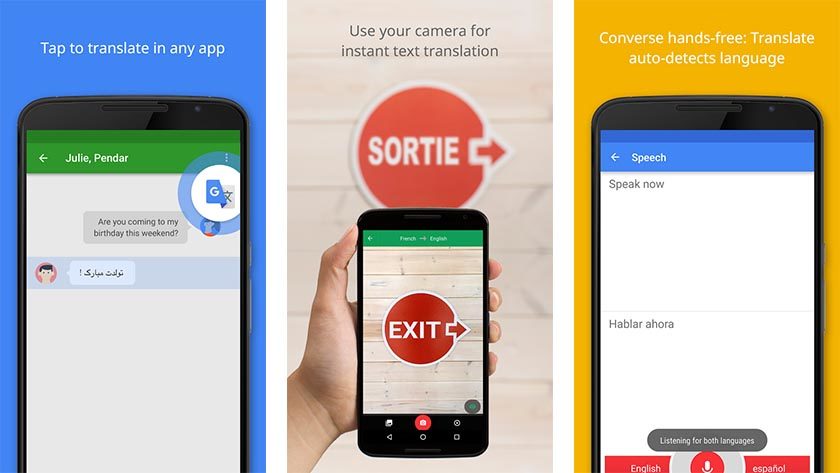 It also features handwriting, voice input, and typing input support. One of the best things about it is that it can translate the full conversation in real time. This app is free with no in-app purchases or ads.

This is one of the easiest apps on google play tough it has a difficult name. It is one of the easiest translation apps having all features one can ask for. It offers includes full offline support, auto-suggestions, pronunciations, voice search, synonyms, antonyms, and word games for memorization practice. 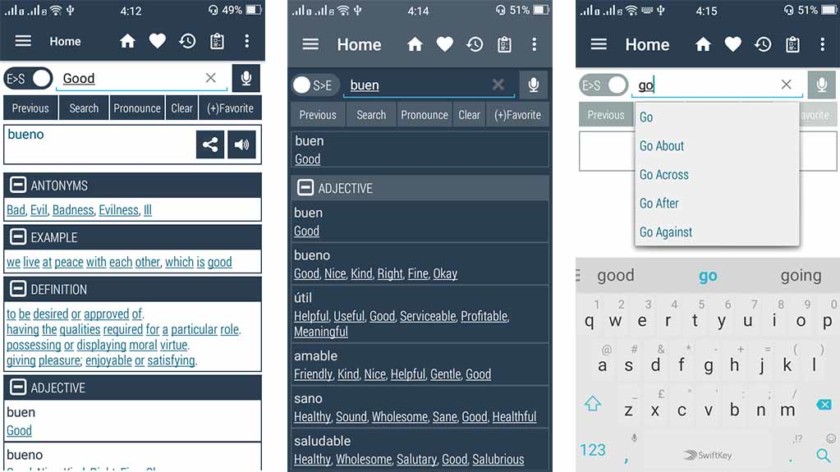 Having a big name, this translator is used by many users, however, Google translator is the best one. It supports 60 languages in offline mode. This app has a two-way conversation, phrasebooks, pronunciation guides, Android wear support and alternate translations. This app is totally free, so if you are having some trouble with Google Translator, you can go for it. It carries on translations in international languages. 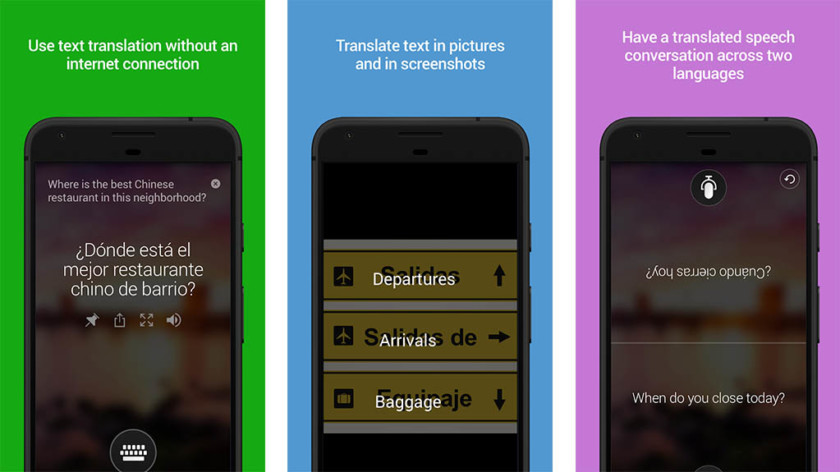 It is one of the most popular multilingual dictionaries and it has the most practical options for people who are not comfortable with other language translator apps. It supports a large variety of languages with a vast variety of features. The features provided by the app are example sentences, audio pronunciations, word games for memorization, offline support, and more.

As the name suggests it is a language translator which millions of people are using due to its user-friendly nature. The best and unique thing about this app is that it has an inbuilt dictionary that shows the verb conjugations, synonyms, and a lot more under the translations itself. 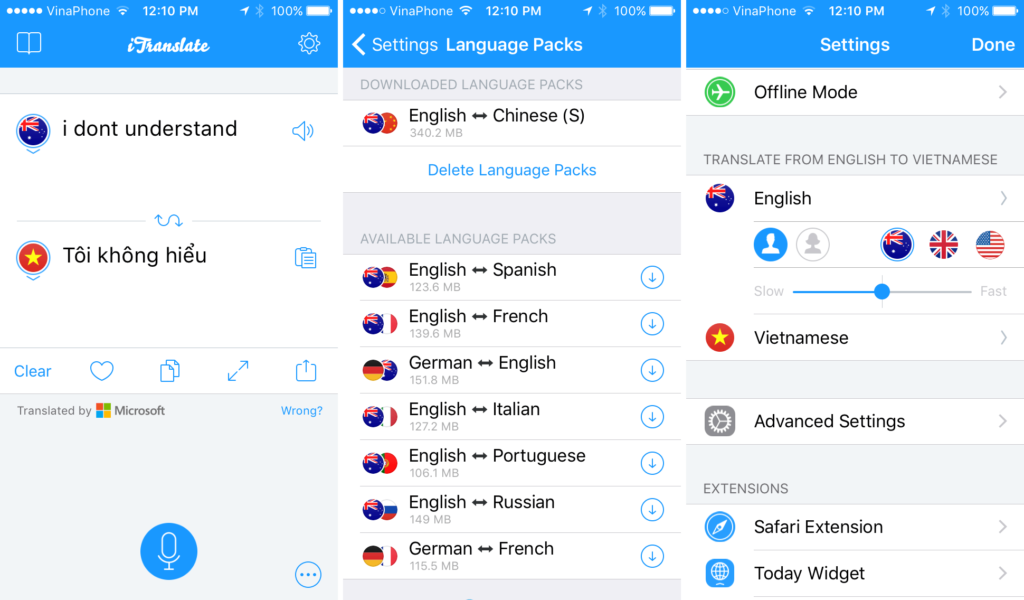 This translator allows you to translate text or voice in more than 100 languages. It offers both online and offline translation through its app.

Hope our list of best language translator apps for Android in 2020 helped you out. If you think we have missed some good app, do let us know in the comments section below.