As per schedule, Apple has announced a number of products in its special event yesterday. Apple has launched iPhone SE (2022) along with the new iPadAir and a powerful processor M1 Ultra. Not only this but Apple has announced the new green versions of the iPhone 13 series. The vanilla model gets a simple Green colour while the Pro models now have the Alpine Green option.

The new premium Alpine Green finish for the 13 Pro and 13 Pro Max is achieved through multiple layers of nanometer-scale metallic ceramics on its surface. The Pro models already have different shades including Graphite, Gold, Silver, and Sierra Blue. 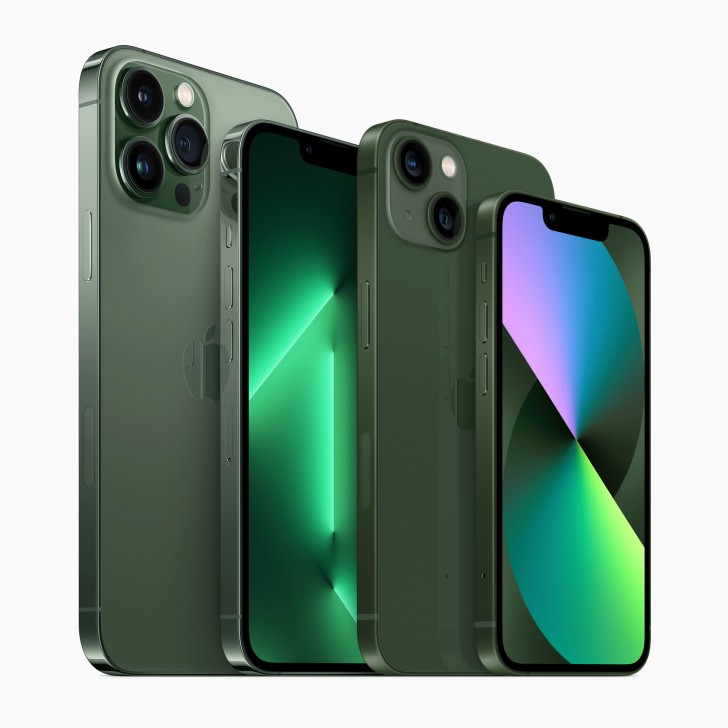 On the other hand, the vanilla iPhone 13 and the 13 mini model now have six colour options in total. The new Green colour joins the existing Starlight, Midnight, Blue, Pink and Red colours. The new green colours are available for pre-order starting March 11 with shipments happening after March 18.

The specs sheet however does not change. All the models will come with the same specs but with a new colour.

As far as the pricing is concerned, hopefully, it will be the same. However, in Pakistan the tax rate of registering the iPhone is high. For people who were thinking to get a new iPhone 13, the Tax to Register your iPhone 13 is increased to 85,000 which was previously 46,500. As far as other devices are concerned, the tax is equally raised to almost double on different price ranges.