Xiaomi launched the most-awaited gaming handset, Black Shark 2 back in March. The good part of the news is that the company is all set to launch another version of the handset for the crazy game lovers. According to the latest reports, Black Shark 2 Pro will arrive on July 30. Recently, it also surfaced on the Geekbench.

The handset surfaced on Geekbench recently. The listings also revealed some of the key specs of the upcoming gaming phone. According to the Geekbench listings, the handset scored 3,632 and 11,304 points in the benchmark’s single and multi-core tests respectively. In addition to that, it revealed that the handset will come paired with 12GB RAM. Moreover, it will run Android Pie straight out of the box. 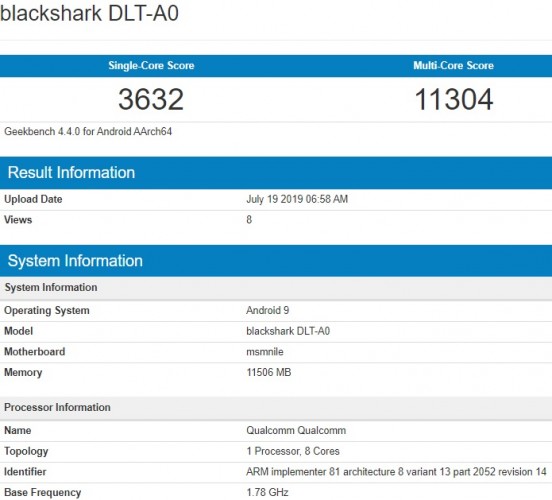