Education is changing as the world is changing. As we step into new technologies, the old methods of schooling do not fit in properly with the world system. Upgradation of everything is essential so as the education sector. Speaking of the revolutionized education system, Pakistan Federal Education Ministry joins hands with Google and Tech Valley for the establishment of digital schools in Pakistan.

Pakistan of course needed this step as the government schools need a lot of attention towards reforming. In an event earlier, the Ministry of Education and Higher Education Professionals make signatures on Memorandum of Understanding (MoU) with tech giants Google and Tech Valley. According to it, the capital, Islamabad is made a benchmark for bringing digital aspects to government schools. 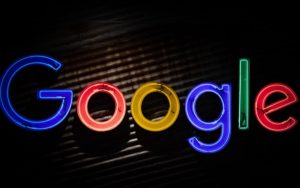 This Memorandum is signed under Prime Minister Imran Khan’s Digital Pakistan dream and vision. The main objective of this program is to bring revolutionary reforms in the field of IT in Pakistan to make the country stand out in the world.

As per the initiative taken earlier, Tech Valley is aimed to install workspace by Google on the Cloud-based infrastructure. In the first phase, the digitalization will be done in 200 schools of the capital city for boys and girls altogether. Google is aimed to provide tools and browsing space like Chrome to them. Later, the teachers will be provided with training on the proper usage of the new system.

With such an admirable step, the Federal Education Ministry is believing to groom teachers and students according to the new norms of the world in education. The IT Ministry has also invested Rs 48 billion in 7 projects under the Digital Pakistan program. However, Pakistan needs to upgrade the internet services and its free access across the country for better use of such investments.

You may be also interested in: Two Vivo Smartphones Pop up on Google Play Console