There is no going back for the technology enthusiast, Elon Musk. If he is saying that he can change the world. Then, without any doubt, he can and he will. The lad introduces the world to many new innovative and revolutionary ideas. The same happens recently. He now wants McDonald’s attention. According to the news, he is asking the franchise to join hands with him. How? By receiving Dogecoin as the new emerging cryptocurrency for a ‘happy meal’. Well, he surely wants the franchise to not miss the opportunity. Why would any ‘wise’ man or company not want to collaborate with him?

Dogecoin is Not the Only Currency

If you are thinking, Dogecoin is the only cryptocurrency offered to the international food chain franchise. Then, you are wrong. In the recent past, Grimace Coins also emerge as part of the deal. The fast-food company said it would agree with the request provided Tesla started taking a made-up currency called “Grimace Coin” as well. McDonald’s had no idea that it wouldn’t be a fictitious cryptocurrency for longer. Yes, there are already more than dozen Grimace coins floating around in the cryptocurrency realm. Grimace Coin is built on the Ethereum blockchain. It already has a proper website and a Twitter handle. The currency is one of the most popular projects right now. According to data from DexTools, the cryptocurrency was ahead 52,910 percent since its introduction at $0.00396116 at the moment of typing. 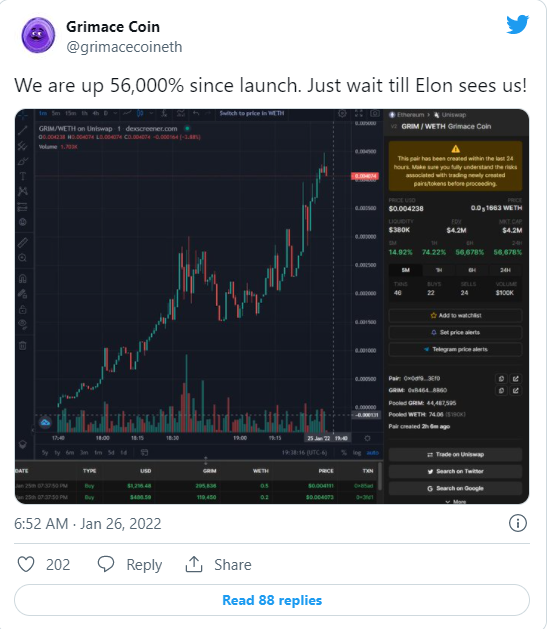 People around the world are noticing a huge difference in the rise of the Grimace Coin peak. Therefore, they are posting on Twitter about digital currency. They surely are wise and link it with the recent Elon Musk-McDonalds encounter. Have a look at what the co-founder of Dogecoin and Twitter spoof account Greg are saying. 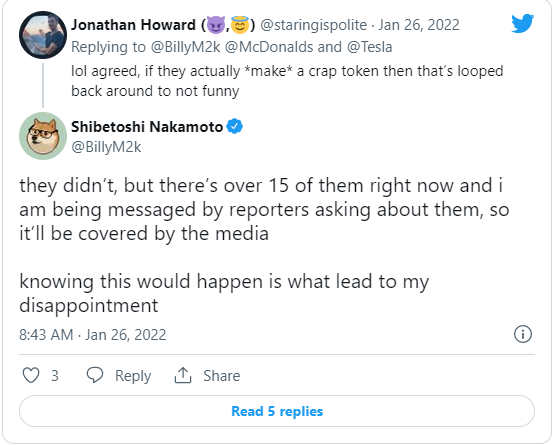 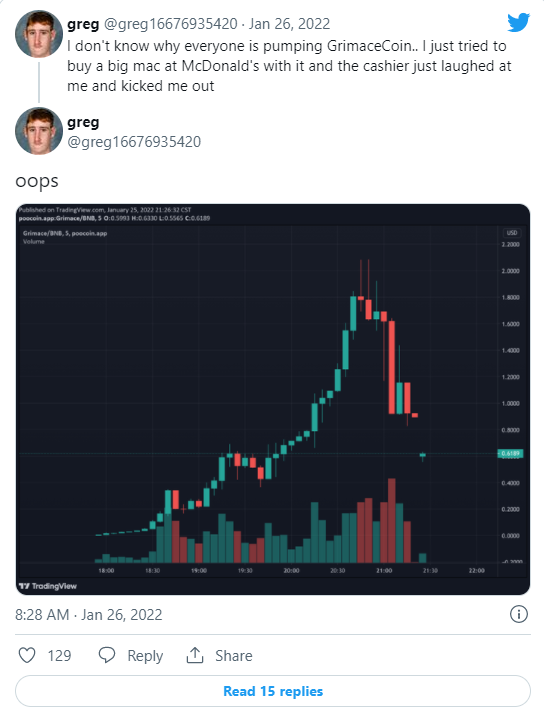 So, are you interested in investing in the new cryptocurrency?

Also read: Dramatic Exchange of “I Miss You” Between McDonald’s Pakistan and Twitter