Facebook CEO Mark Zuckerberg posts map of India without Kashmir on his timeline.  The post was about the announcement of launching internet.org in Malavi and Africa along with infographic of the countries where Facebook’s initiatives has been launched.

[pull_quote_center]We just launched Internet.org in Malawi, giving people on the TNM and Airtel Malawi networks access to free basic internet services. With this launch, Internet.org is now available to more than 1 billion people around the world. Giving people free access is the right thing to do. We will keep connecting more people and more countries, and we won’t stop until every person in the world can connect to the internet.”[/pull_quote_center]

This post also includes a picture which shows infopraphics of countries like Indonesia, Bangladesh, Kenya, India, Philipines and some other countries. But the infographic featured the map of India without Jammu & Kashmir. 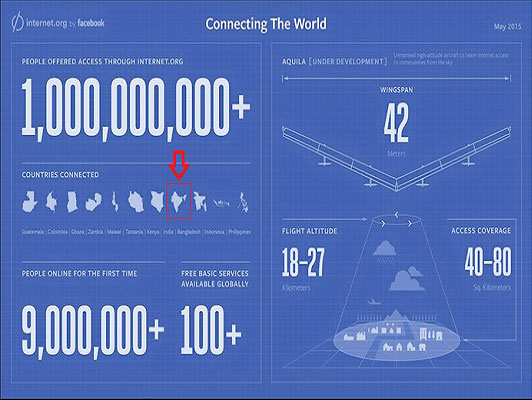 As soon as Indians saw this post and spotted the mistake, a series of vexatious, unpleasant and full of anger comments were seen on Mark Zuckerberg’s post. Many of them were demanding this post to be corrected or deleted of the Facebook.  It not only ended on this , many Indians turned to abusive, rude and offensive comments and also started to figure out different logic from Mark Zuckerberg’s post. This post also led to spark the old verbal rivalry between the people of India and Pakistan.

After this response from Indian people on Mark Zuckerbeg’s post, he preferred to remove the post from his Facebook timeline and didn’t reply to the comments nor responded to this issue publicly.

It is worth mentioning that internet.org is the result of a partnership between Facebook and different telecom providers in different developing countries and regions to deliver free internet access to people, so that they can have an access to jobs, health services and communication.