Samsung’s latest flagship, Galaxy Note 9 has a lot of amazing features but it has one consistent flaw. Samsung dared to make it impossible to disable the Bixby button on the Galaxy Note 9. After the major backlash, the company said that it would reconsider the issue. Recently, Galaxy Note 9 Bixby App got an update. Galaxy Note 9 latest Bixby update offers a way to make it harder to accidentally trigger Bixby in the first place. 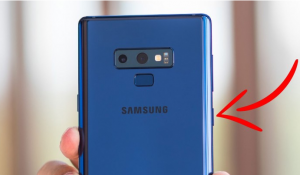 The default behavior of the above shown extra button is that a single press will interrupt whatever you’re doing on open Samsung’s in-house assistant app. With the latest Bixby app update, you have now another option. The new option allows you to set the Bixby button to require a double-press to open the Bixby app. 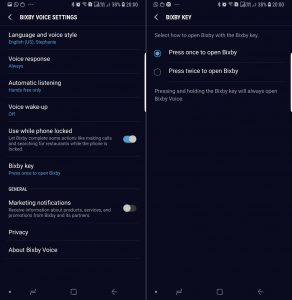 So, by using “Press Twice To open Bixby” you will make it difficult to trigger Bixby on your Galaxy Note 9. This is kind of alternative to direct disabling option. When the Samsung Galaxy Note 9 launched, many were upset that the Bixby button, could not be disabled. Users complained that they cannot prevent accidental presses as you could on the Galaxy S9+.

Anyway, the company reconsidered the issue and fixed the problem. You can use this alternative to avoid Bixby. The settings can be found by pressing the Bixby key. After that, you have to head the Settings in the three-dot menu. If you don’t see the Bixby key option among the settings, you’ll have to update the app by going into Galaxy Apps. Then you have to manually update the Bixby.