From some time Galaxy Note 9 is facing Criticism due to some problems with the device. Be it software or Hardware, there are plenty of problems which have come forward after the devices are launched. Now the company has another Galaxy Note 9 Problem with S-Pen to be answerable to.

How to deal with Galaxy Note 9 Problem with S-Pen

Now the issue is related to the fragility of Galaxy Note 9 S- Pen. This pen was the main point that uplifted Note 9 from other Galaxy Device so everyone was expecting it to be perfect. For the first time ever S-Pen with Bluetooth connectivity was incorporated for a flagship device that helped in many communication options from camera shutters, control of presentations, and better interactions.

Many users took to social media on social media forums such as Reddit and XDA Developers and  Samsung community forum.

Here are some images of Galaxy Note 9 Broken S-pen: 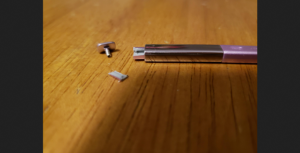 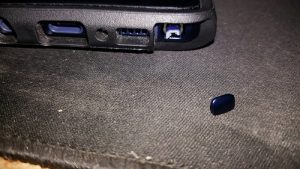 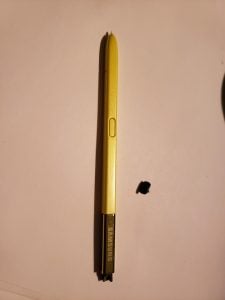 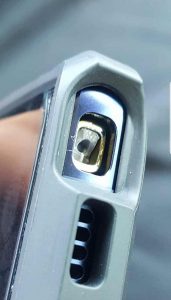 Here’s how people came on Twitter to tell about their broken S-pen:

A natural extension of you. The S Pen does more, so you can do more.

@SamsungUK @SamsungMobile The top of my S Pen has just broken off inside my note 9 when trying to take it out?! Can I get it replaced in a store somewhere??

Hey @SamsungSupport, the top of my Note 9’s S Pen broke after literally less than 3 days and your support staff wouldn’t give me a straight answer if you’d even replace it for me or not. Pretty inexcusable for a $1000 phone’s defining feature.

Previously, many users reported that  Samsung Galaxy Note 9 displays have some signs of leakage. At the left side of the screen, a light leakage is spotted. Galaxy Note 9 owners are very dishearted and distracted due to this. The problem is seen at the edge of the display where it hits the metal frame.

As S-pen is a detachable accessory it can be changed as well as Thank God! Otherwise, Note 7 Burning batteries were inbuilt and nothing could be done for it. Samsung has damaged its reputation by repeatedly making the same mistakes with their Galaxy Note flagship series.

If Samsung Keeps on attaching such flaws with the flagship note series name, it will not only damage its sales but also will ruin its reputation.