In effort curb human trafficking in the country Government of Pakistan is going to issue biometric passports from next year. This project was approved by Interior Minister Chaudhry Nisar Ali Khan in a meeting with officials from the Federal Investigation Agency (FIA) on tackling human trafficking and migrant smuggling in the South Asian nation.

Government to Introduce e-Passports in 2017 to Control Human Trafficking

“We will start issuing biometric passports from 2017,”

According to the officials people are largely being trafficked to European and Gulf nations. During the meeting DG Immigration and Passports informed the officials that a micro-chip would be embedded in each e-passport which will contain all biometric information. He further added that:

“This will help in authenticating the identity of the traveller,”

The e-passport not only give convenience by providing micro-chip but also it is easy to amend the information stored in the bio data of the beholder.

Since there is large number of people who became the victim of human trafficking. Although there are no accurate figures on how many people are being trafficked or smuggled outside the country, but according to the UN report there were 66,427 Pakistanis deported from countries such as Spain, Greece, Turkey, Oman and Iran in 2013 and 46,032 in 2010. UN Refugee Agency described that about 3 percent of these migrants and refugees were Pakistani nationals. The percentage has made government to take the required steps.

The meeting was attended by ministry’s senior officials including officials of the Federal Investigation Agency and NADRA. 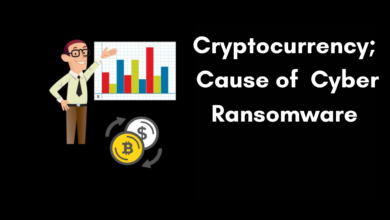 Cryptocurrency has Become the Cause of Cyber Ransomware