After the tremendous success of the Huawei Mate 10 family, the next series, Mate 20, is in process. Previous rumours only revealed the two models of this series, Mate 20 itself and Mate 20 Pro. There were not any rumour about the Huawei Mate 20 Lite version of the series. If Huawei’s previous record is kept in view, Mate 20 series will make its official debut in the mid of October. Just like last year, it will be a regular model offering Lite variant. Right now we do not of much information of regarding the three devices but the cheaper model will show up on TENNA Listing in China. Huawei Mate 20 Lite TENNA Listing also shows Glass build and an updated camera.

When we look at the front of the device, the lighting on the image makes it hard to guess the aspect ratio of the display. The sensors point towards a large 19:9 display with a notch. The smartphone seems to be equipped with a small in-ear speaker and the dual camera just like P20 Lite. Mate 20 Lite look similar to Huawei’s budget offering. 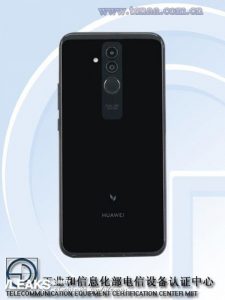 When we look on to rear, aluminium construction is replaced by glass build. The small vertical module featured on Mate 10 is now replaced by another design like Mate 10 Porsche Design. The area of this design is home to two cameras and a rear-facing fingerprint scanner. 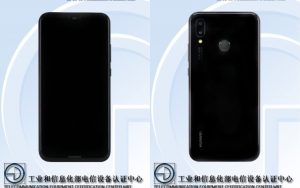 As there are no further details regarding Huawei mate 20 lite specification, currently we know that the smartphone has  Kirin 710  along with 4GB and either 64GB or 128GB of internal storage.

We will keep on updating you with new information and leaks!