Huawei is one of the top brands when it comes to launching new devices embedded with new technology. Many types of research have revealed that Huawei has become the top influential brand. Apart from researches, we can see how Huawei is ruling the mobile market, leaving even its rivals Samsung and Apple behind. Just recently Huawei launched its foldable device which was much better than Samsung. The story doesn’t end here, now Huawei Slider phone is in rumours and it is expected that it will be the next extraordinary device of the Chinese giant.

Slider phones are not new in the Market but when it comes to Huawei, this modern slider phone will be the first one to conquer the market with its extraordinary features. Currently, there are two modern phones in the market: Xiaomi Mi Mix 3 and Honor Magic 2. According to a new patent. Huawei is planning to bring its own slider phone having a bezel-less design. 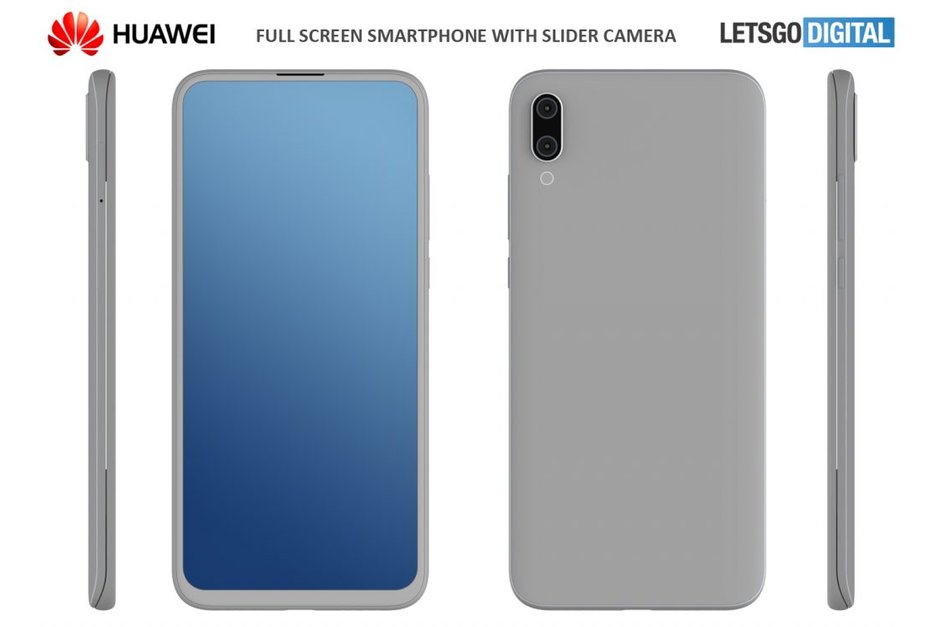 In the render, one can see that the upcoming slider device of Huawei has thin bezels extending to the top of the display. At the bottom, a thick chin is present, so maybe this is not a high-end device, just a random guess. There is a dual camera set up along with an LED flash in Huawei Slider phone.

The design of this handset shows rounded corners with no borders. However, there is no fingerprint scanner which shows that maybe it will be placed somewhere near the power button. As it is just a patent, so we are not sure whether Huawei will launch this device in the same way or it will be somewhat different.