Huawei is going to launch its Mate 30 Series next month. We have already seen so many rumours and leaks about the upcoming devices. Previously reported that Huawei Mate30 Pro will feature triple camera set up. However now, Huawei Mate30 Pro Promo Image Shows a Quad Camera Set up.

Previously, it was said that the phone will have a triple camera set up at the back in a square. However now, at the back, we will see four cameras and LED flash moved to the side of the phone. If this image is true, we do not know what actually the fourth camera will do. There is not any information regarding this available yet. 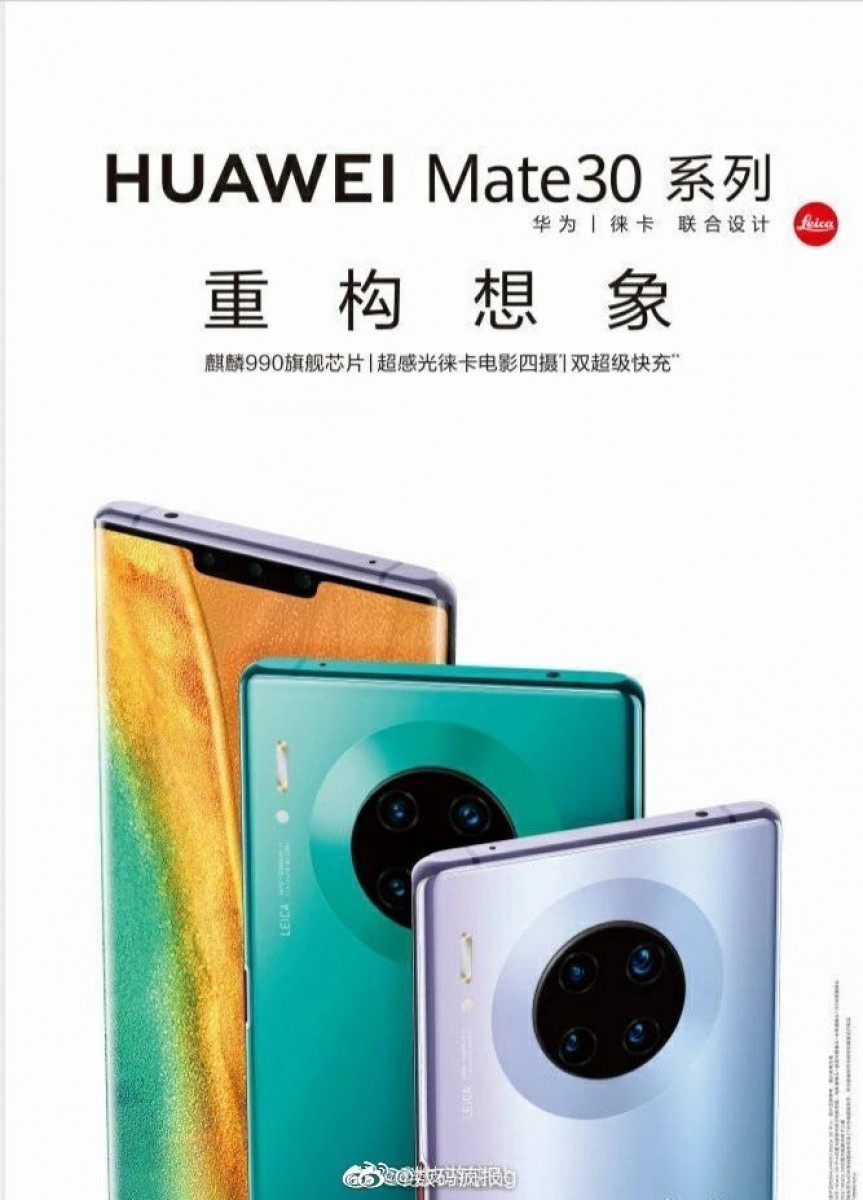 It may possible, the company reveals another variant of the series with more cameras. At this point, we are unsure about these things. But we will surely update you when we will get more information about it.

Huawei Mate 30 series will be unveiled on September 19.