It becomes very delightful for those who can’t afford the expensive ones when their favourite brands introduce mid-range smartphones. Huawei is working on a new mid-range phone. This phone has appeared on some listings including Geekbench and TENAA. Let’s have a look at what the company will bring in this phone.

An upcoming midrange phone has appeared on Geekbench with the model number MED-AL00. The device managed 884 points in the single-core test and 4,356 on the multi-core test. The phone has already appeared on the databases of China’s 3C and TENAA. The Geekbench listing has confirmed the Helio P35 chipset with 4GB RAM. Also, the phone will come with Android 10 out of the box. 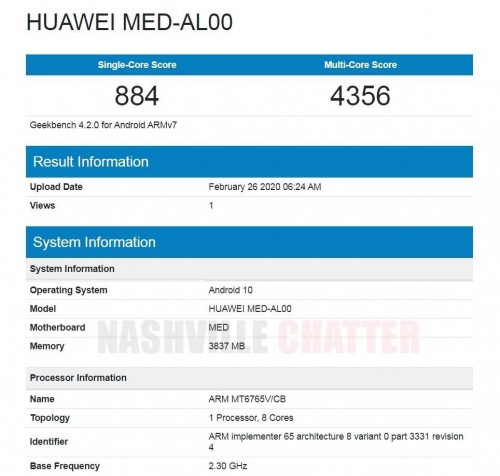 Unfortunately, this is all that we know so far about the phone yet. According to some reports, the phone will go on sale sometime next month. Huawei has not officially revealed any launch date yet. But we will update you when we will get more information about the phone in the coming days.