Nawaz Sharif sentenced to 7 years jail in Al-azizia reference and fined 2.5 million dollars. Soon after Nawaz Sharif arrived at the Federal Judicial Complex in Islamabad, the supporters of PML-N gathered outside the premises. The Police force used the tear gas shelling to disperse the PML-N workers.

Nawaz Sharif Verdict: Here is How Twitteratis Are Reacting

After the announcement of the court, PMLN-workers, and supporters came to the streets to show their displeasure and resentment towards the court’s decision. However, the Kashmir Highway Islamabad has also been blocked.

On the other side, people on social media are so happy over the decision and post tweets on Twitter, that shows their excitement and happiness. Here is how people are reacting:

#Nawaz_Sharif has been sentenced for 7 years jail in #Al_Azizia_Reference and fined 25 million dollars .No space for corruption and Corrupt people in new Pakistan ?? proud of our Judiciary ❤#CorruptionFreePakistan pic.twitter.com/WscSybniVU

#NawazShairf
Court convicts Nawaz Sharif in Al Azizia case with 7 years of imprisonment and $25 million fine. Way to go justice system. Get the looted money back in treasury or auction their properties.#NawazSharifGameOver #AccountabilityCourt #AlAziziaFlagshipreferences

Jeremy McLellan also showed his happiness on the court’s decision on Facebook. 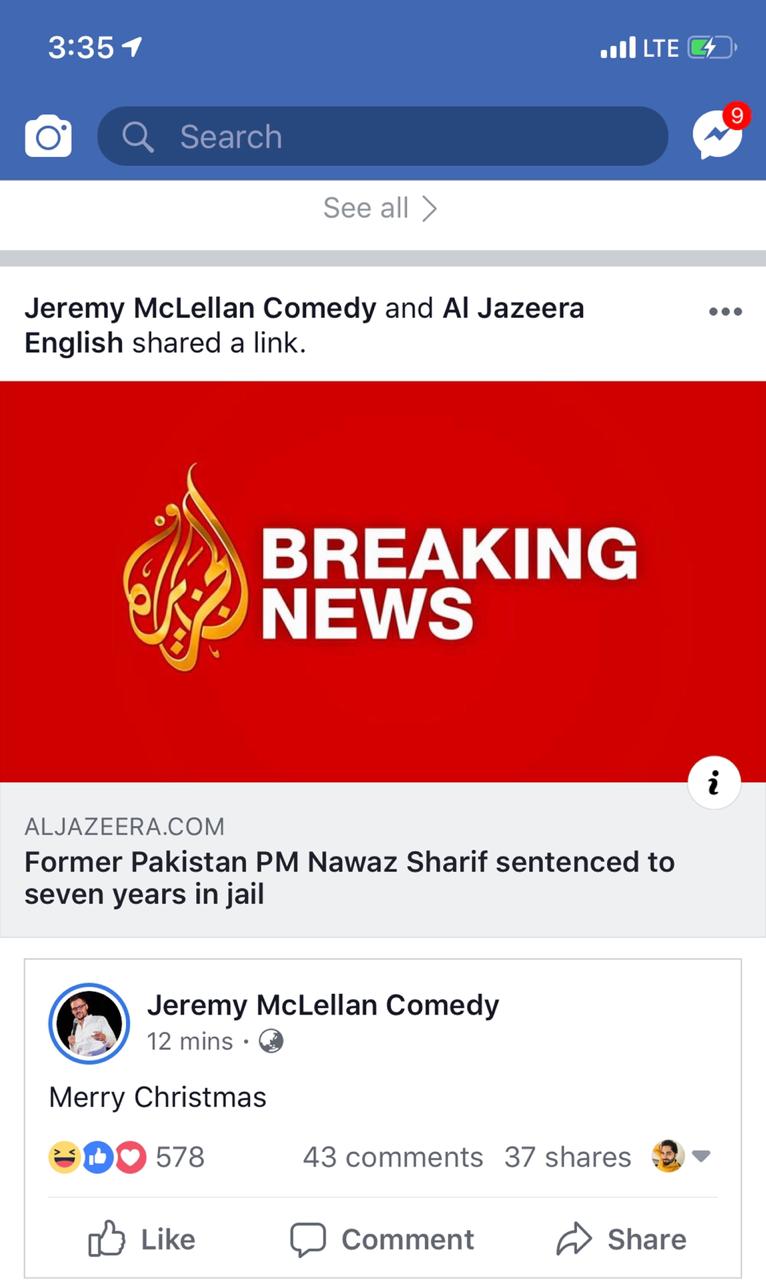 Some other people tweeted as Follows:

There are so many tweets on Twitter and posts on Facebook shared by people, in which they have shared their reactions on the Nawaz Sharif’s verdict. However, overall on the social media people are celebrating other than PLMN supporters.