Oppo released its third version of this series, the vanilla F19 in Sri Lanka, after its other version F19 Pro and F19 Pro+ that released last month. The Oppo F19 is the slimmest phone with a 5000mAh battery and fast charging technology. Triple rear cameras and a hole-punch panel design are included in the phone. The Oppo F19  has now unveiled in Sri Lanka and will launch soon in India. The mobile phone is already listed in detail on the Oppo Sri Lanka website. 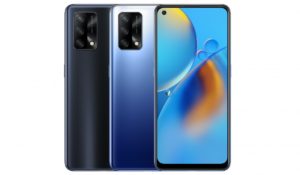 A 6.43-inch FHD+ resolution AMOLED and a standard 60Hz refresh rate are provided in the smartphone. The device is powered by Snapdragon 662, coupled with a 6GB RAM and 128GB storage system which is expandable with a microSD. It has a 5,000 mAh powerful battery that charges 33W fast. Oppo’s new device supports ColorOS 11.1 on top of Android 11. 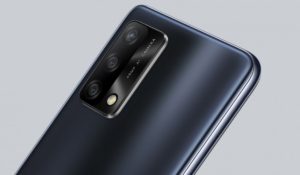 On the top, left corner the device has a punch hole cut for the selfie camera, and under the display, it has an embedded fingerprint scanner. A front selfie camera sensor is also available with 16 megapixels. On the back, the 48MP main Shooter comes with a 2MP Macro Cam and a 2MP Depth Module in a square shape and fitted in a triple camera setup. 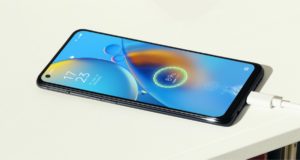 The Oppo F19 comes in two color options, Midnight Blue and Prism black. Oppo has announced that the availability and price information will be disclosed on 6th April.Oppo F19

You may be also interested in: Oppo A54 Officially Announced With Powerful 5000mAh Battery